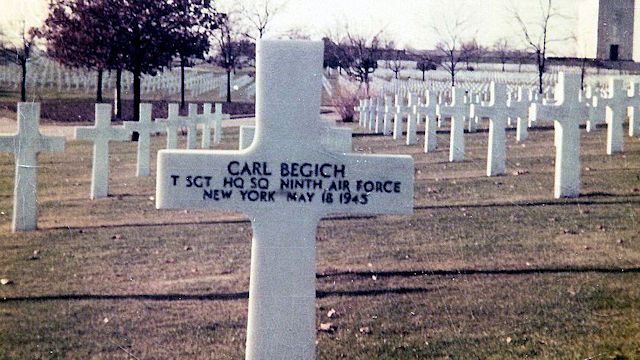 Memorial Day. A day argued by many that is lost to some in meaning. Many mark it as an extra day off — a day of barbeques, a first summer swim in a lake or a chance to get away.

It began as Decoration Day, an event to decorate the graves of the fallen from the North and the South during the Civil War. It is a day specifically set aside to recognize those who died in the service of country.

Indeed, my own marking of the day has wandered over the years.

These days I make my way up to Mendon, and place flowers on the grave of grandmother Ann Findley Westover, a grandparent I hadn’t even known about 10 years ago. She never served in the armed forces, however, and if we’re going to split hairs you could say she wasn’t even an American.

But for me her grave gives me a special place to remember all who came before me – because they all died in the service of me and my children.

They all fought different kinds of battles, to be sure, and most never wore a uniform. But serve us they did – every one of them. Grandma Ann seems to be representative of them all in so many ways.

To be honest, as the grandson of one taken by war I have always been a bit lost on remembering him well each Memorial Day.

After all, his only grave that I know about is in France.

I have never been there and will likely never get the chance to go there.

There is, simply, no fitting place of memorial where I can leave my tokens of gratitude for him.

It was just Monday of last week that we buried my grandson, Quin.

His was a life taken before it ever truly began. His little body was laid to rest in Salt Lake City, a tiny grave tenderly prepared for him by loving parents and gathered family determined to remember his place in the family.

Odd as it seems, I could not help pondering the similarities between my grandson and my grandfather while at the cemetery this week.

It is no small wonder to me that Quin resides now within the same realm as my Grandpa Carl. These two men of the family – Quin, my grandson and Carl, my grandfather – have their common connection in me and my children.

Perhaps their circumstance is giving them the chance to know each other – a powerful thought to me.

That will be an opportunity we all face as the curtain of life descends on each of us.

In the months before my mother died I had some very sacred conversations with her about the family she would see when she got to the other side.

I asked her what she would say to her mother when the time came and Mom said, “I want to tell her how very much I have missed her but somehow I think she already knows that.”

But Mother was never one to keep conversations like this one sided.

“What would you tell her? Or, better yet, what do you want me to tell her?”

When it came to Nana my answer was simple. “You tell her, Mom, that I love her.”

Of her step-father, Bumpa, Mom was concerned with some earthly things – what he would say about what she did with the stuff he left her.

I told Mom that he wouldn’t care about that stuff but I can recall her smiling as she said, “Yes, but he’s going to ask me nonetheless.”

Her answer to my query about Grandma Begich was one of great interest to me.

Mother and I had not discussed her for many years. It was a topic I had dropped because Mom was, in my perception, a little bitter about Grandma’s refusal to see me when I had visited Minnesota in the 1980s. She took it very personally.

But Mom surprised me.

She sighed and said, “I just want to give her a hug and tell her I am sorry.”

That answer caused me to marvel and quite nearly made it impossible for me to say anything when Mom asked what she could tell Grandma Begich for me. “You tell her the hug is from us both, Mom”, was all I could think of to say.

But when it came to Grandpa Carl the question proved one very difficult for both of us to answer.

You see, my mother did not know her father. The war took him away before she could even create a memory of him. Mother would not have just one question for her father, I assure you.

I consider now what Mom said then to be something very sacred.

So I won’t reveal it here or at this time.

But Mom did ask me what she could say to him from me when the time came.

Mother chuckled a little bit when I said that. “I don’t think I can remember all that”, she said. Yes, you will, Mom. In fact, I’m sure you did.

My brother has recently taken up the quest of trying to find out why Grandpa Carl died five days after the war ended in Europe.

The circumstances of his death have always been suspicious and while I think the sting of needing to know has subsided a bit I think the deeper curiosity now is fueled by a desire to know yet another story about him.

That will be interesting to learn, if we ever get to the truth. But there is, simply, more to his life than the tale of his death.

For me, however, the most fitting memorial for Grandpa Carl is finally starting to materialize.

It isn’t in a grave marker.

It is, as it ever has been, in his family.

Recently we have made new connections and we have learned more of Grandpa Carl.

We have heard stories, we have seen tears shed, we have pondered together the what-if’s. And we have celebrated these lost individuals who have left this world to us from the Begich side of the family.

This, I think, would make Grandpa Carl very happy.

When he got to the other side I don’t think there was anyone in his life that he knew there to greet him. His father was another 20 years in passing over. His mother wouldn’t come for nearly 50 years.

But one by one his family members that he knew in this life have joined him.

What did he do to prepare for them? Who did he meet before they ever got there? How has he been able to connect to our family long passed to the family still occupying the earth?

I don’t know the answer to those questions except in this respect: it’s happening.

I am meeting and getting to know my Begich cousins. We are learning what they know of those my Grandpa Carl held most dear.

Baby step by baby step, we are becoming family – in the truest sense of the word.

What more fitting memorial can there be for Grandpa Carl?

To that end we will keep trying and keep connecting.

Who knows? Maybe someday – perhaps on a Memorial Day weekend – we can gather to remember, to honor and to celebrate.

And then everyone can bring flowers.

The Beauty of the Little Details