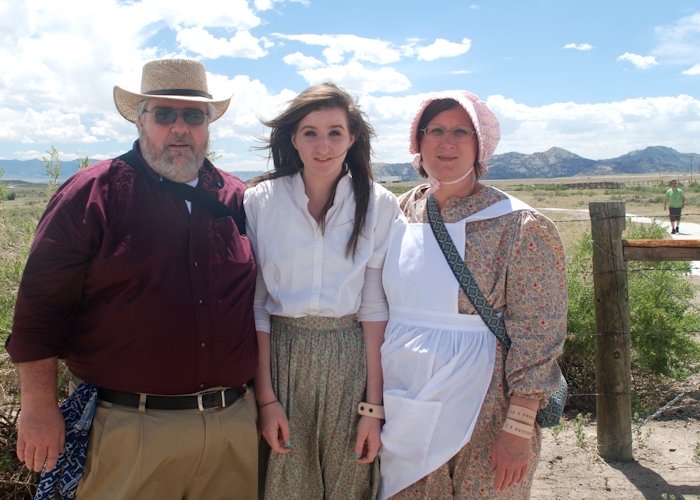 Ann Findley Westover is my fourth great grandmother, the wife of Edwin Ruthven Westover. In researching for her profile here on WestoverFamilyHistory.org we wanted to learn more about her upbringing in Scotland and whether or not there was a story or two that survived of her trek in the Daniel D. McArthur Company, the 2nd handcart company overall that arrived in the Salt Lake Valley on 26 September 1856. Ann was 17 when she made the trek and she came with her parents, William and Lindsay. From what we can tell they joined the Church about ten years or more before they made the trek to Zion. While we could not find much specific to Ann about trek we did find her brother, also named William, who came to Zion before Ann and his parents arrived. While we are not directly descended from William Findley Jr. we will most certainly claim him. His story with that of his sister Ann are so very much connected. William and his wife Sarah moved to Mendon, Utah not too long after arriving in Salt Lake and it was his death that caused Ann to move there with her children. William was one of the first to be buried in the cemetery there in Mendon. His trek story bears repeating and it includes a neat tradition within the family of his descendants that is worthy of our attention. This is his story:

William Finley, Jr. was just a small boy when his family joined the Church. His family was one of the earliest convert families in Scotland in the mid-1830s. Just as he was coming of adult age he met and fell in love with his bride, Sarah.

Sarah was not a member of the Church but joined the Church just before she married William. Not long after they were married the call came to all the Saints living in Europe to “come to Zion”.

As they discussed leaving England William and Sarah disagreed. He wanted to heed the call to go to Zion but Sarah was afraid to go. Her family already disapproved of her joining the Church, though they loved William deeply. Sarah was concerned that she would never see her family again nor the land of her upbringing. Worse, she feared they would hate William for taking her away.

The issue divided them. At one point Sarah told her father she was leaning towards going to America with William and, as she feared, her father was not in favor. His rebuke broke her heart.
William prayed and determined that he was going – even if that meant leaving Sarah behind.

As he made his preparations he told her that he would leave money for her with the agent at the dock if she changed her mind. William left and did as he promised. Feeling a little lost and burdened by leaving his wife behind, William hesitated, opting to allow one ship to leave in favor for a ticket on another that was leaving a few days later. He hoped one final letter to his bride would convince her to come and would reach her on time so that she could make it to Liverpool to join him.

The letter did not make it on time. But it didn’t need to.

After much suffering and much prayer, Sarah determined that her place and her future was with her husband in Zion – even if that meant leaving her family behind. She packed her things, bid a tearful farewell to her family and went to Liverpool – hoping to get a ticket to America where she hoped to find William.

She arrived just in time and rejoiced to be able to make passage over with her husband.

When they arrived in America they took a train west to Chicago, as far as it went at the time, and then made way to Iowa City to find a wagon train west to join. They were able to do this but it would require them to pack light and walk a great deal. They had to get rid of many of their belongings because they were only allowed to bring a small amount that could fit in the wagon.

William had a cap that he would wear and being fastidious in his dress he liked to have it pressed, so that there would be no wrinkles in it. He liked the same for his shirts but his cap, since it was on his head, had to be perfect. It pained him to have to give up the small iron Sarah would use to press his cap, but it was weighty and could not make the trip. Together William and Sarah decided on which items would make the trek and which would not. The little iron was out.

This was on a trip before handcarts. They were joining a company headed west that had many families. Since William and Sarah did not have children and were adults, they were not allowed much room for their stuff. They were shocked to learn that for all the things they left behind they had to cull it down again because they still had too much.

Sarah did not want William to go without his ironed cap. So she strung the little iron – which weighed about 4 lbs – on a string and tied the string around her waist, under her skirt. The iron would make its way west, banging into Sarah’s legs now and then as she walked the 1300 miles to Salt Lake City.

The iron, though little used on the trip, was used all the years of their married life.

When William died suddenly in 1869, in Mendon, while still a relatively young man, Sarah used the iron on William’s burial clothes. By this time William and Sarah had a much larger iron, an appliance that would have made quicker work of the job. Their eldest daughter asked her mother why she was using such a little iron on her Daddy’s clothes. So Sarah told her the story of the iron.

This daughter recorded this family event in her journal and, years later when Sarah passed away as an old woman, told the story of the iron at her funeral.

For generations the iron has passed from mother to daughter in the Finley family, where it remains today. (The iron always remains with a descendant named “Lindsay”, after William’s mother).

As it passes to each generation the love story of William and Sarah is retold and the testimony of their sacrifices in coming to Zion are shared again and again.

Family Witnesses of the Transfiguration of Brigham Young