This year we mark the 175th anniversary of the Mormon Battalion.

What was the Mormon Battalion and why is it important in our family history?

The Mormon Battalion was the only unit in American military history bearing a religious title and being comprised almost entirely of recruits from a single religion. It was formed on the frontier to serve in the war with Mexico in 1846.

The unit was unique in two ways:

1. It was not a state or territorial militia recruited by a governor, but a federal volunteer infantry battalion recruited by order of President James K. Polk.
2. It had no parent regiment but was an independent battalion assigned directly to the Army of the West. Official U.S. Army records simply referred to it as the “Mormon Battalion.”

As Brigham Young was organizing the move west he saw the service of the Battalion as both an aid to financing the church’s move to Utah and as a means of re-building relations with the US government, which had suffered at the hands of the extermination order of Church members in Missouri.

Brigham Young later said: “The Mormon Battalion will be held in honorable remembrance to the latest generation; and I will prophesy that the children of those who have been in the army, in defence [sic] of their country, will grow up and bless their fathers for what they did at that time. And men and nations will yet rise up and bless the men who went in that Battalion…As the Lord lives,…you will never be forgotten, worlds without end, but you will be had in honorable remembrance, for ever and ever.”

The course of our family history was affected by the service of three individuals:

Albert Smith Sr, who was a sargeant in Company B of the Battalion and his son, Azariah, who was just 17 and whose teenage journal is used by historians to this day to study the activities of the unit. Albert is grandfather to Mary Ann Smith Westover, wife of Arnold Westover. 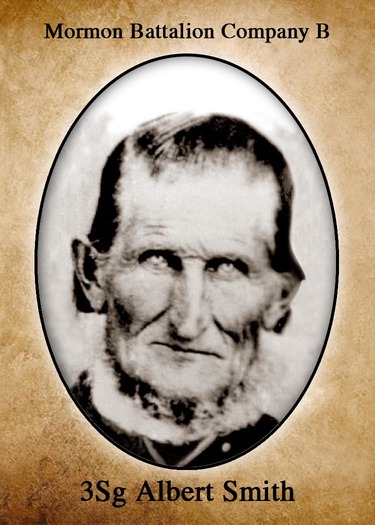 In the Battalion as well was William Rowe, who was Ruth Rowe Westover’s father and father-in-law to William Westover, founder of the Westover Ranch. 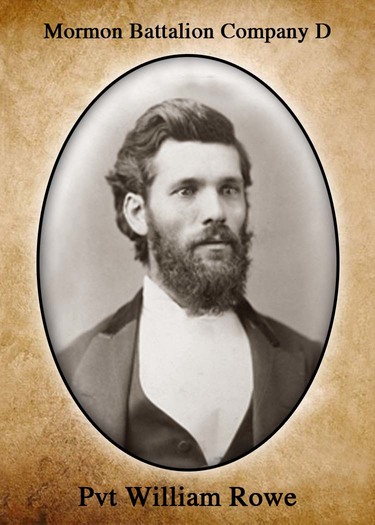 Over the course of the next year we will share important dates, histories and connections that we have relative to the Mormon Battalion.

What happened to these men in the years before the formation of the Battalion is important and needs to be told.

What transpired over the course of their year of service and during the trek of the Battalion to San Diego, California would have an impact on the Westovers, Smiths and Rowes for generations. It almost plays out like a movie – a most telling and unusual tale.

How these men all got back to their families – all of which ended up in Utah – is yet another story that would impact the course of the family. We need to explore what happened during these formative year in Utah for both the family and the church.

These events will be shared in detail in the months ahead.