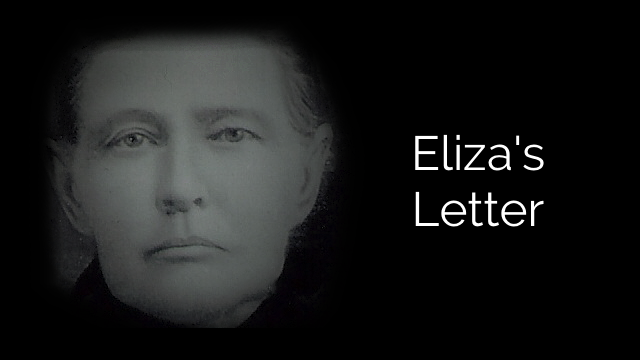 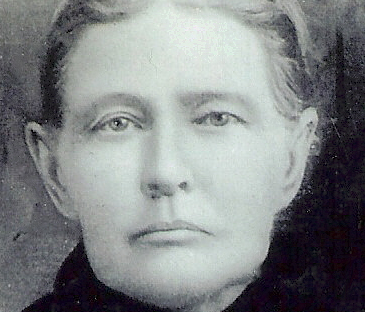 In catching up on all the family history news I missed over a very busy holiday season I was pleased to see that the Church History Library has at last digitized the letter Eliza Haven Westover wrote to her son Lewis in 1916. This was the letter where Eliza detailed living in Nauvoo as a teenager and witnessing the transfiguration of Brigham Young. We have shared that story before here.

I am not sure how many others asked for that to be done. I have been requesting it to be done for more than five years.

We have shared more of the story of Charles and Eliza at this link. They have their own pioneer story that is worthy of knowing.

It is quite a different thing to just read about Eliza’s letter than it is to actually see it. Seeing it changes the way you see it, if that makes sense.

I hope you click on the first link above to the Church History Library to see the actual letter itself (it is saved as well as a PDF in our Documents Archive here on WFH).

What you see is her handwriting on simple lined paper, written in pencil. Though she was in her late 80s when the letter was written it is clear to read. You can tell it was written not only with a steady hand but also a clear mind.

As previously touched upon in telling the story we note that critics of the Church point out that the memories of this event with Brigham Young were not recorded until years after it supposedly happened. This they say is proof the entire thing was made up. More than 80 people claimed to have had the experience and all those memories were recorded after-the-fact.

The content of the letter will forever be debated. You can take it for whatever you want.

But the letter is family history.

It reveals the heart, mind and soul of Eliza Haven Westover. She was an extraordinary woman.

The 103 year old letter is a treasure. It contains much more than just the story of Brigham’s transfiguration. It speaks of her love for her son and the desire she had to provide him with a sketch of her life. He had, in a previous letter to her, made note of the fact that few remained alive with memories of the Prophet Joseph Smith.

She described Joseph as a “great lover of children”, an important observation considering she was still a child when she arrived in Nauvoo at the age of about 12. She notes his smile and how interesting it was for her to listen to him preach. She talks of seeing him frequently and witnessing his last ride through Nauvoo as he went to Carthage.

She goes on to describe the Nauvoo Temple, then moving to Winter Quarters and then meeting Charles Westover on the plains.

Eliza writes of life on the trail and then in Utah as a pioneer so matter-of-fact. She was, by this point, quite elderly and suffering from ill health brought on by a broken hip.

Eliza was still living in St. George and her son was with his family in Lewiston, Utah on the opposite end of the state when the letter was written.

I believe it is fair to say Eliza Westover had developed a very deep sense of history and her place in it.

She was a stalwart Latter-Day Saint and she lived during a time when Family History was emphasized greatly among the faithful of the church.

Like many of her generation she lacked the means to document far into her family past but she clearly had a vision of the need for her to record her history. A great many details of her life — even beyond this letter — survive because of her efforts to create a record.

She is a beloved grandmother. Eliza made sure she knew them and they knew her. She told them stories. She had outstanding photos taken during an age when it was not common, especially in the place where she lived.

Eliza Westover frequently bore witness of her testimony of Jesus Christ. Her stories were shared. She was in the newspaper from time to time, even beyond her own obituary.

This all happened even though Eliza and Charles Westover were not church leaders or famous community figures. They were just regular folk.

The lessons from Eliza Westover are many, especially as it comes to cherishing her own life experience and sharing it with others.

Her son, Lewis Burton Westover, was born in 1868 and died in 1966. He was a fixture in the community of Lewiston, Utah, not far from where I live now.

My experience in Cache Valley these past several years has led me to encounter many Westovers from this line of the family. As I discuss family history with them I am yet to meet one who does not know all about Charles and Eliza.

This I believe is Eliza’s greatest legacy — that her many great grandchildren know her and love her.

I can only hope so much for myself.