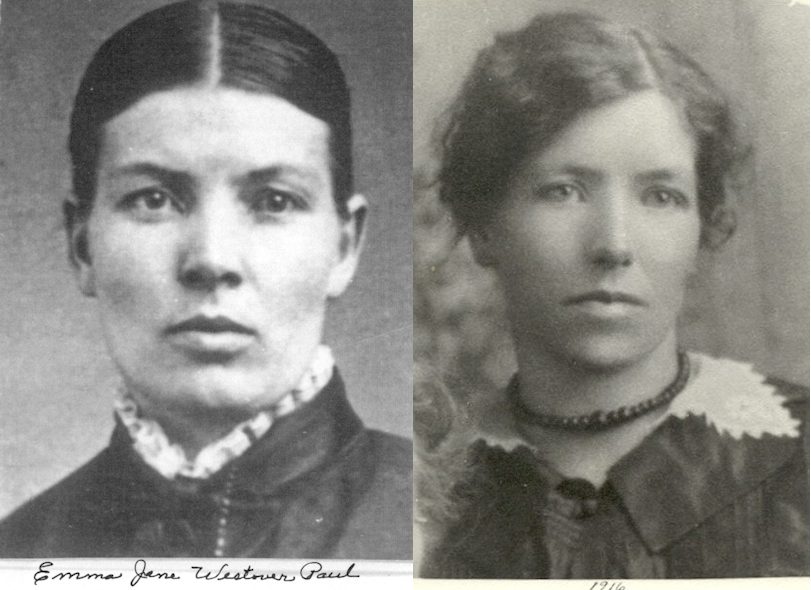 We have enjoyed KBYU’s new reality series called Relative Race, on every Sunday night now. The premise of the show is that four couples compete for a cash prize as they travel from San Francisco to New York over ten days, searching for family members through DNA matches. My favorite part of each episode is when they actually get to meet their mystery relative they never knew they had. They meet a new one every day during the race.

It’s fun to see that moment they meet as total strangers — and how quickly they realize they are family. Truth be told, we have more cousins out there than we really know.

Case in point: we’re close to wrapping up our video about Ann Findley Westover. I’ve delayed this project because I’ve had a nagging feeling there was something more about her to uncover. Since coming to that conclusion I’ve found LOTS more about her that I didn’t know a year ago. And some of those new details have come from total strangers I have contacted either via FamilySearch.org or Ancestry.com.

On either site you can see who has contributed information about any given person. I have learned to seek out siblings and children of people I am researching and contact others who have either obtained the same info I have or have contributed something new. In the case of Ann Findley Westover, I’ve been contacting the great grandchildren of Ann’s children.

It’s a little nerve wracking reaching out to total strangers online. “Hi, don’t think I’m a weirdo but give me everything you got on Grandma…”

But in every case I have run into people just as anxious to learn from me as I am to learn from them. And the information has been so very much appreciated.

For example I found an individual who did some research on my wife’s paternal Grandfather. This grandfather is the brick wall in that family line — there’s little information to be had about him and we don’t know who his parents are or where he was born.

But I’ve got his death certificate and this individual on Ancestry had the same information.

I wondered what else he had so I just clicked on his name and asked him. He was so very helpful. He was able to give me where this grandfather is buried and how to find him. Since there are no known pictures of his grave I plan to stop by this cemetery on our trip this fall. Who knows where that road will lead?

In the case of Ann Findley Westover I’ve found other great-great descendants who are just like me — wanting to know more.

They each have had something just a little different that has added to Ann’s story and made it even more compelling. Both of these contacts were found through Family Search.

I have found it very useful to every few weeks take a good look at the “Gallery” feature on Family Search to see what new photos people have added. I usually find one or two I don’t already have — and many times those photos contain information about an individual I did not have before. Every picture has a link to the person who uploaded it so that you can contact them.

I love the information I get from doing family history in this fashion. But I love even more the joy of discovery of family members I didn’t know I had. And I don’t have to go on a reality TV show in order to do it.

About the picture with this post: Ann and Edwin’s eldest daughter was named Emma Jane, born in 1858 in Big Cottonwood, Utah. (She is William R. Westover’s big sister). Emma Jane was about 12 years old when Ann moved to Mendon, Utah and years later Emma Jane married a man from nearby Hyrum, Utah named Walter Paul. Emma had 11 children and, in fact, died several months after her 11th child was born in Rexburg, Idaho. You thought the William Westovers were the only family in Rexburg? You may already know that when Emma Jane passed away Grandmother Ann Westover took two of Emma Jane’s children into her home. One of them was Dora, pictured above — Emma on the left and Dora on the right. That picture of Dora was taken around 1916 when she was about 18 years old — and not long before Dora died. She lived in Rexburg and HER story dovetails with the hardship story of the Westovers of Rexburg around the same time. I learned all this — and more — by just asking about Dora’s growing up years with Grandma Ann of one of Dora’s grandchildren via Family Search. Dora’s story is compelling and we’ll tell it as soon as we complete telling Ann’s story. The Westover cousins in Rexburg cast a wide net — and pioneer Grandma Ann, as miraculous as it seems — was a frequent visitor to her many grandchildren in Rexburg.

Was it one of the Three Nephites?