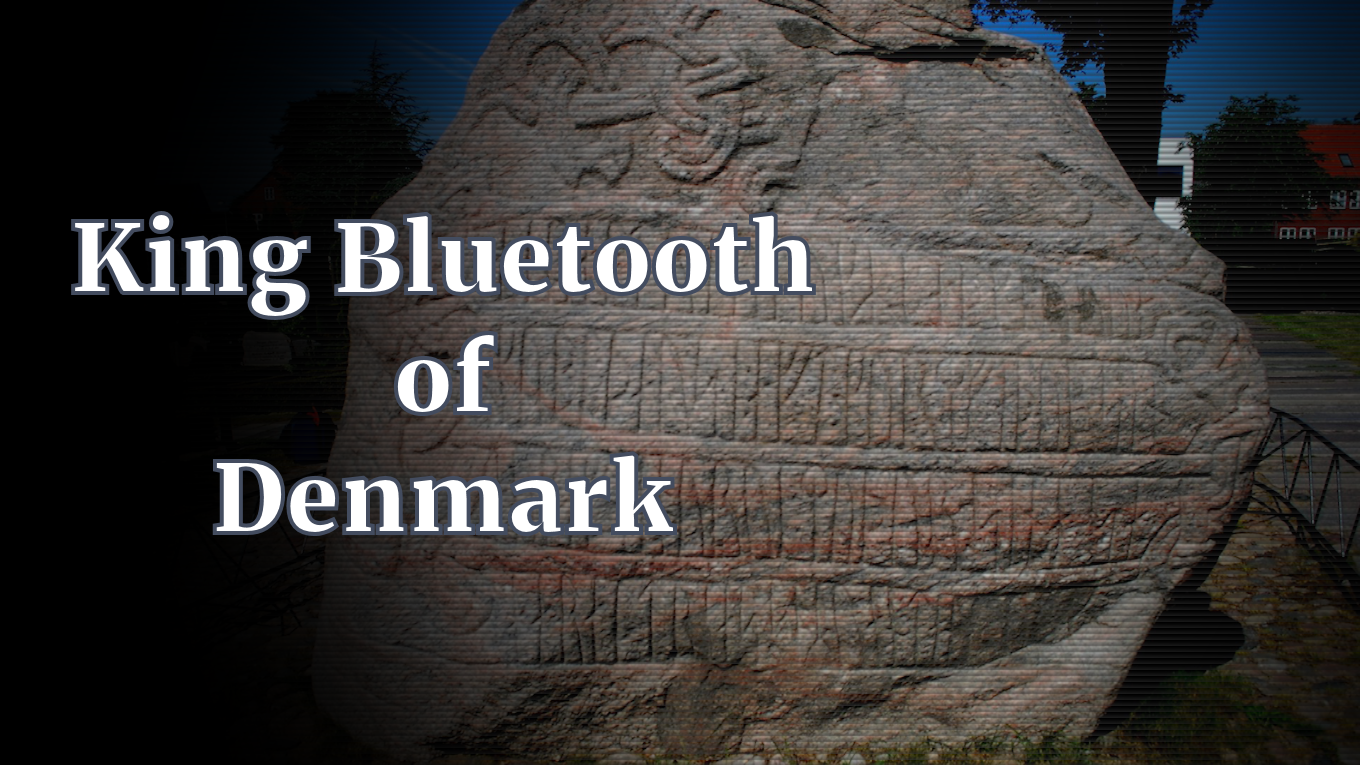 I am about to change your life.

Hence forth, every time you pair an earpiece to your cell or a Bluetooth speaker to your smart phone, you will think of your ancient Norse grandfather, Harald “Bluetooth” Gormsson. 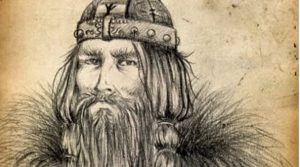 You can call him King Harald or, as many did in his time, simply, Bluetooth.

Our relation to King Harald comes though the Murdock line – which flows through Ruth Althea Rowe Westover, wife to our William.

What might we find in common with a European king?

Both Harald and his father, known as King Gorm the Old, founded the Jelling Stones.

These large boulders reside in the Denmark town of Jelling, where Harald was born. 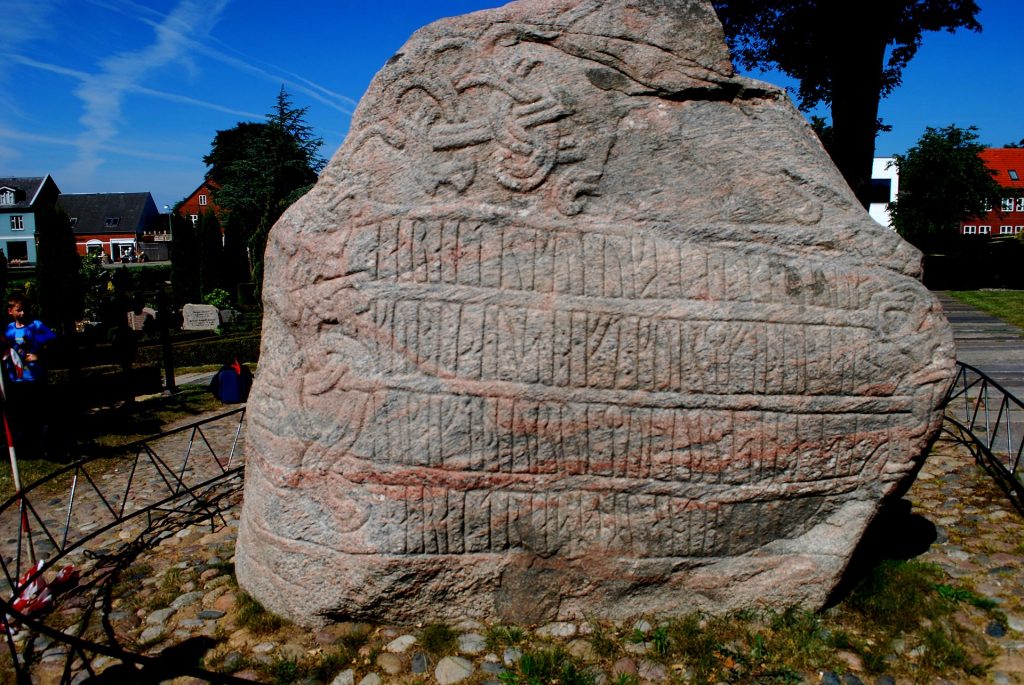 Carved upon these massive rocks is a monument to the history of Denmark, marking the conversion of Denmark from Norse paganism to Christianity.

Imagine that! Some 34 generations and better than a thousand years separate us but even back then we have family doing family history.

The conversion of Harald to Christianity is legendary and, of course, is accompanied by a minor miracle.

He was taught by a priest named Poppa who challenged Harald to prove his faith in Christ. This Harald did by carrying a “great weight” of iron heated by fire without being burned.

This event, coupled with his own baptism, led Harald to exhume the bodies of his parents, who were buried in large earthen mounds that contained worldly treasures, after the pagan practices of tradition in Denmark.

He had their bodies reburied next to a church and then had the runestone in Jelling carved in their memory.

Runestones are large rocks with runic inscription that memorialize an event or important people.

They were a tradition for the 4th to the 12th centuries in Scandinavia. It was a way of marking history in the most permanent way possible. (Runes are symbols or letters commonly used on runestones. They derived from ancient Germanic languages that pre-dates the Latin alphabet).

As with many European kings of these generations King Harald spent much of his time in battle, defending his kingdom.

It was there that he was more commonly known as King Harald Bluetooth. Historians surmise that Harald must have had a conspicuous bad tooth that gave him the nickname. Some think Harold’s blue tooth came from eating too many blueberries or licorice.

Whatever – he had a blue tooth and it set him apart. 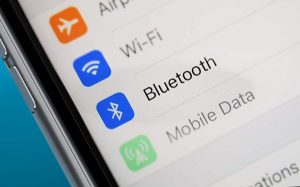 In 1997 the Bluetooth wireless standard was named after King Harald Bluetooth.

The technology was designed to unify different kinds of devices, much as King Harald Bluetooth united Denmark and Norway.

The modern Bluetooth logo is a combination of the two runic symbols for Harald’s initials, H and B.

Below is how we trace our genealogy to King Harald Bluetooth of Denmark:

The Deacon of Killingworth