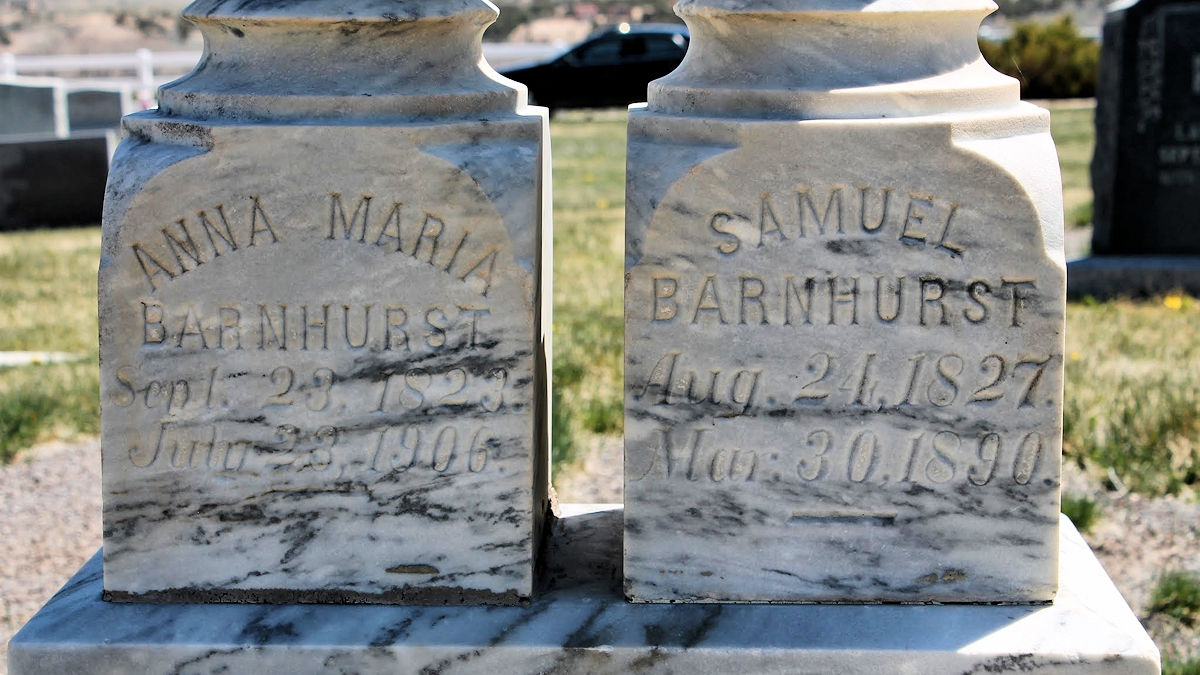 Of the many reasons to be on Family Search few are as important to me than a fairly new feature known as the Family Calendar. It is just a simple timeline tied to your family tree that shows important dates – birthdays, days of passing, marriage, etc. It’s kind of cool because if you set it up right it will send you reminders of these dates via Facebook.

Tomorrow’s date marks the passing of Ane Marie Jensen – a pioneer of great significance in the Riggs line.

If you visit Ane Marie Jensen’s profile on Family Search (KWNC-D9G) you can read a great deal more about her than I am going to share here. Her life is very well documented and it is a great investment of your time to get to know her better.

The spelling of her name is Danish – because that is where she is from. It is pronounced “Annie”.

Ane was born of parents who had done well in their lives in Denmark. Her father served in some capacity with the government there. Regardless of their prosperity, it was required that all adults have a trade and Ane chose to be a seamstress. She learned young and did well, growing well known for her skills in making fine clothes.

While in her early 20s she was discovered by Mormon missionaries and began her conversion experience. Like many, her family did not approve. You can read the details of that on Family Search but suffice it to say here she determined to follow the faith shortly after she was baptized.

She was a handcart pioneer, arriving first after a miraculous sea voyage and then pressing on to Omaha, Nebraska where she would join a company of other Danish saints heading west.

The year was 1857 and her company, the Christensen Company, made their way west either with or near Johnston’s Army, who very famously were headed to Utah to “put down the Mormon rebellion”.

Ane was something of a clothes horse. Perhaps her skills as a seamstress and her family’s position in the community back home in Denmark gave her a great wardrobe. Stories are told of all the clothes and accessories she brought with her. One unproven history states she started across the plains in heels.

She was distressed to have to leave a great many of her belongings behind. Like other handcart pioneers she was limited to about 17 pounds of “stuff”. We don’t know how she covered her feet but somewhere along the journey she ruptured a blood vessel in her foot, which led to infection and made her very ill. Many thought she would die.

She heard people talking outside the tent one night, speculating on her chances of survival. She heard a man pass her tent and she prayed for a blessing. He was prompted to check on her and he did administer to her. He commanded her to get up and get dressed, and she did so – now healed.

She arrived in Salt Lake safely, decorating her handcart and singing her way with the others on the broad streets of Salt Lake as they arrived.

She was placed in a ward with other Danish Saints and the Bishop there, who spoke both English and Danish, asked her why she was not married. She explained that she had been engaged in Denmark before she left but that her fiancé did not want anything to do with the Church and didn’t think they should be married if she became a Mormon. Her heart was broken and she had grown reluctant at the idea of love and marriage.

The Bishop asked her if he found a worthy young man if she would be willing to raise a family to help build the Kingdom. To this Ane faithfully agreed.

Residing in that same ward was a young man whose name was Samuel Barnhurst. We have told a little of his story before. He was previously married, in Philadelphia, and his wife was a conspirator in the plot to get him thrown into an insane asylum – for joining the Mormon Church. He fled, came west to Utah, feeling ambivalent himself about love and marriage.

As with Ane, the Bishop asked Samuel if he would be married and raise a family to help build the Kingdom. He faithfully said yes.

So the Bishop got them together, speaking to Ane in Danish, and to Samuel in English.

They got married in the office of Brigham Young in November, 1857, and about a year later, while living in Ephriam, they brought twin girls into the world to begin their family. 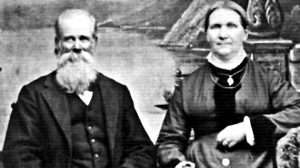 The story is told how it was agreed upon that in the family home the children would learn to speak Danish until the age of 5 – at which point only English would be spoken. This was done to teach them both languages.

This “dual immersion” approach proved useful for all the family, especially for Samuel and Ane, who continued to associated with Danish Saints in the many places they lived. They were able to serve in a variety of capacities because of these skills, as did their children.

In their growing up years both Ane and Samuel had grown up in families with means. This was not their lot in life as Mormon pioneers in central and southern Utah. The rest of their lives were a struggle to survive. They lived for many years in Cedar City, where Ane served in the Relief Society. They later moved to Hatch, where she would be for the rest of her life. While there she was the postmistress — and the Relief Society president.

Ane passed away on July 23, 1906 – leaving a remarkable family legacy.

I’ve only provided a very small glimpse into Ane’s history. I strongly encourage to visit her profile on Family Search and read the many histories of her there.

Getting the Story Right
0 replies

The Value of One Personal History