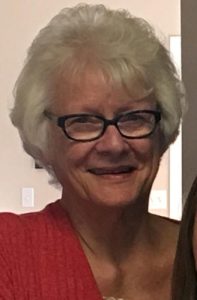 My wife and I just returned from a fairly quick trip to California to attend the memorial service for Sandy’s aunt. It was a refreshing and even fun event. I learned a great deal.

Sandy’s Aunt Sharon is a fixture in the family. Sister to Sandy’s Mom, she has always been part of every gathering and Sandy’s growing up years will filled with her presence and influence.

I personally cannot claim more than maybe a dozen interactions over the past thirty years with Aunt Sharon — but what an impact those interactions have had.

I wish I had the time to tell her children all that I’ve learned from her.

Sharon, to me, was one who greatly honored and admired her parents. I did not share her growing up years or see much of her interaction with them as others have but to me she always spoke with respect and admiration for her parents.

This to me has always been a hallmark of greatness in a person and it was one of my earliest impressions of Sharon. She was one of the grateful.

Sharon also had the heart of a mother.

She took great pride in her children and grandchildren. After inquiring after my own children, Aunt Sharon would always tell me about hers. They were clearly her life and greatest joy.

This might not seem an unusual trait but in a world where shifting values relating to women and men alike I see it as a standout characteristic. To Sharon, there was no greater title than “Mom” and she wore it proudly.

Sharon also struck me as one being intensely loyal. I rarely saw her alone – she was almost always at my in-laws or we all went over there. Her sisters were honestly and truly her best friends.

That too has come to an elevated status in my eyes. Loyalty such as Sharon’s is my greatest aspiration for my children and it thrills me they have seen it in their great aunts and others in all sides of the family.

I fear it is more rare than it used to be and it is my hope my children continue to work on and value those sibling relationships. They will never find better or truer friends.

Of course, Sharon’s kids knew all this about their Mom, as did my dear wife and her entire family.

It was a joy to me to listen to Sharon’s children at her service and to learn more of her history. Here was a single Mom who clearly overcame great obstacles. Her sacrifices have inspired the lives of her children and they know it. What profound expressions of love I heard from them all.

I hope what they say about the dead attending their own funerals is true. Because to me no greater reward from this life could have been better for Sharon than to hear the words spoken of her by her children this weekend.

It had to be hard for them to do, as I understand better than anyone, but they were things that had to be said and I was privileged to hear them.

I wish my children could have been there because, once again, a good funeral is an important educator in family history.

From these events comes context, understanding and great inspiration. Sharon was an inspiration to so many in ways I never knew.

With events like this comes an elevated level and understanding of love.

This weekend was also a time of renewal and recognition.

Renewal, in the sense that relationships in the family – all of them: parent/child, sibling, cousin, aunts and uncles – and in-laws — are important and play a critical role in our ever expanding knowledge of love.

And recognition in the sense that we are all getting older and our roles are slightly shifting – and new responsibilities in the pursuit of love are emerging as part of those family relationships.

I have the best in-laws in the world. They shine time and time again in so many ways. This weekend they hosted us and regaled us with memories and hope.

I worry in no small measure for my Mother in law, whose loss of her sister just cannot be fully stated. Sharon was more than a sibling and childhood playmate – she was a sister and confidant of the highest order.

We all know the circle of life. We know these days come but even still your heart cannot help but mourn for one who suffers such a loss.

Even still, both Sandy’s Mom and Dad were so free with their thoughts, feelings and emotions as we discussed all the family, both past and present.

But it was while we were at lunch with Sandy’s sister, Terri, and her family that I think the most important moment of the weekend happened.

Terri expressed a tearful hope that we could get together as a family at least once a year – in some way.

Terri has a gold heart. She is so right-on in her thinking.

When I think of loyalty as a virtue I think of Terri and this great attribute of the Gillen family I married into. Despite all the many differences there is a fierce loyalty to family and one just steps up, no matter the circumstances, to be present, concerned and responsible for family.

Terri cheers from a distance, runs to rescue, quickly defends, proudly accepts and unhesitatingly encourages family from every side. She is a resource for my children, though I fear they may not all yet grasp the treasure that she is.

I could say the same for her husband, Adam. He is as good a man as I know.

As time passes I struggle with how to adequately record the family history that happens with my in-law family.

Sandy’s Dad, for example, is a natural master storyteller. My kids just love it when Pops gets on a roll and tells of tale of the old days. He gets lost in details, and laughs before anyone else, anticipating a story’s climax and putting the listener there in the emotion of the moment. In every instance, even though he doesn’t know it, he’s educating us all about the character and greatness of those he has loved.

This weekend he told me some more stories.

I struggle with what to do with that knowledge. The writer in me wants to record them on paper but honestly I can’t do justice to Pop’s verbal skills.

I have, over the years, invested a bit of time working on the family history of both my in-laws and trying to help Sandy with her efforts to organize it.

There is a great emigrant story there and, like others we’ve seen in the family, powerful examples of work, hope, faith and overcoming that we can find useful in our lives.

But I have felt restrained in a measure with recording history from my in-law family. Frankly, it’s not my inspiration and revelation to receive. That is for Sandy and her siblings, and all our collective children. I know that as they engage in that work they will find as many miracles as I have in pursuing my bloodlines.

Yet at the same time I think of my father, and the impact he had on the forth coming of the story of my mother’s family. I think how that has shaped and influenced Dad. I know I have a part to play in my in-law family history but I want to make sure it is the right place.

And I hope I live long enough to see one of my children or nephews or nieces take up that challenge and own it. They deserve great attention.

My in-law family has a huge influence on my children and grandchildren. I’m grateful for that because individually they are strong and good people. Collectively they are a powerful influence for good.

We must never forget them. In fact, we need to pursue them and champion them as best we can.

I say this as a man with six daughters who will all have a heritage to share as yet new branches to the family are created in the generations ahead.

It has been a tough year. There have been a lot of funerals this year. But at the same time there has been a more complete and comprehensive picture develop of the breadth and depth of our families.

There were times this weekend when I felt rooms full of people. This weekend was different because I had in a real sense the feeling that many were there I did not know.

That didn’t matter. They were there. I could feel them. I know who they are. They are family. Whether they were from my in-law family or the families of my parents I know not. And it doesn’t matter – because they are all family.

With each passing day Malachi 4:6 means more and more to me. And it is miraculous.

When the Worlds of Westovers and Smiths Collide