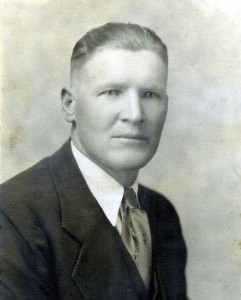 The industrial revolution, the rise of big cities, the explosion in media and technology all played a part in the continuing march west of the Westover Family. In the west they taught school, built homes and businesses, and marched off to war.

Westover – The 20th century of the Westover family bears the mark of the LDS Church as the 4th through 7th generation of the family embraced the faith, served missions and worked in the temples constructed by their ancestors. A blessed and faithful generation, they enjoyed lives relatively free of turmoil that their pioneer generations suffered. The Begich side of the family emigrated from what was then called Yugoslavia and sought after the American dream, raising children who would fight and die for those liberties found in the USA. Tragedy marked the lives of this side of the family in the early 20th century and their trials would have a last impact on future generations.

Gillen — The Gillens and Malones made their moves west during the 20th century with these generations marked by continually pulling up roots and resettling elsewhere. Hard workers, thrifty and industrious these working-class families taught their children to be productive and to embrace opportunity.