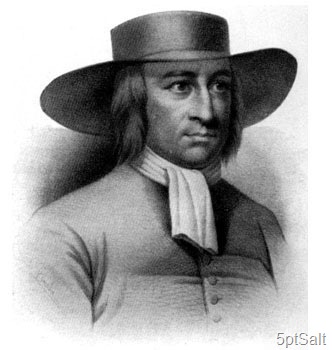 As we dig deeper into the history of our Westover family in the 18th century we can only come up with more questions than answers. Consider the long life of John Westover, son of Jonas, Jr. and Abigail Case Westover. John was the baby of the family — the last of five children to Jonas Jr. and Abigail that came into the world between 1702 and 1711.

Grandfather Jonas St. died in 1709. Then Grandma Hannah Westover died in early May of 1714. A few weeks later, mother Abigail died and finally, on June 3rd, Jonas Jr. died. Within a span of a month the Westover children lost grandmother and both parents. Was there a sickness?

The Westover children were ages 12, 11, 9, 5 — and our John was only 3. Who raised these orphan Westover children? And, more importantly, what happened to these grandchildren of patriarch Jonas Westover, who came from England?

We may never know the details of that saga. What we do know is that the Westover family experienced something between the years 1714 to 1734. In all likelihood the children were placed under the care of three uncles, all tied to the probate records we can find associated with Jonas, Jr. and Hannah. They were John Case, Jr. and Samuel Case, as well as Jonathan Westover — all of them being around the age 50 in 1714 and clearly the patriarchal leaders of their families who would have influence and authority given to them by the parents.

What became of those kids?

First born Abigail lived until 1755. She married in 1719 to a John Forbes, who was nearly a decade older. She would have been about 17. They had one son. It appears Abigail never left Simsbury.

First born son Nathaniel Westover, born in 1703, also died in 1755. But he died in Sheffield, Massachusetts after he married and had a very large family. Perhaps somewhere within his posterity we can find more clues about what happened in his childhood.

Next up is Sarah Westover, who was born around 1705 but died just a few years after her parents in 1718. She was quite young, so she didn’t marry. And her burial is recorded in Simsbury, which only means that the bulk of the Westovers had not yet moved into Massachusetts.

The next child is son Jonah Westover. He lived until 1768, buried with the other Westovers at Sheffield. He married Deborah Eno — that’s a big family name in Puritan New England — and they had a large family. The town of Egremont was formally organized in 1761 and Jonah Westover was chosen as a selectman of the town council.

His property is referenced many times in the probate records of other settlers as a boundary, so it appears he either had a central piece of real estate or own a substantial amount of land. Being older than our John by a few years you have to question whether or not he was the defacto head of the family of Westovers that had settled in Sheffield. If you recall from our last post that the pictured Westover Bacon Potts farm was originally built by John Westover in 1742 but was also known as the Jonah Westover House. Could they possibly have lived together with their large families?

That brings us to what we can find of our John Westover. The years of 1730-1735 — when John would have turned about 21 years or age or so — are telling in the record. By this point the Westovers are in Sheffield. Sheffield is recognized as being officially organized in 1734. According to History of Berkshire County Massachusetts settlers began arriving and developing lands around 1726.

In the “first division” — or the portion first settled — is a record of Jonathan Westover — meaning uncle to our John Westover and siblings, brother to Jonas, Jr. In the “second division” — or lots later developed — was John Westover (but no mention of Jonah). The “third division” appears to be set aside for future generations and town properties for ministers, schools and cemeteries. For the next couple of decades the town fought for recognition in the territory and annexed additional areas — such as Egremont — in later years. The Westover name appears throughout these records with John, Nathaniel, and Jonah often mentioned.

There is surprising detail that has survived of life in Sheffield during these years. Much of it has to do with religion and the debates from the differing nationalities that were settling the area. These broad histories give us brief clues into the lives and characters of the Westovers. In the early 1760s a church was formed — tied to the Church of England — and John Westover was chosen by the minister as clerk, which was some calling of distinction within the church. As such he could lead from the book of common prayers and was recognized in surviving letters as a “good and pious man”.

This is an important clue because it establishes a link of sorts with loyalties to the crown that the John Westover family was at least influenced by. As the American Revolution approached, as will be shown in John’s profile here later, it would become a house divided among his many sons and their choices just before and during the revolution would scatter them far and wide.

This really is a sweeping tale, every bit as compelling as the Westover migration from England a century before and the Westover pioneers a century later who would push in to the American West.

The Westover family, it appears, were constantly moved by deep religious conviction.