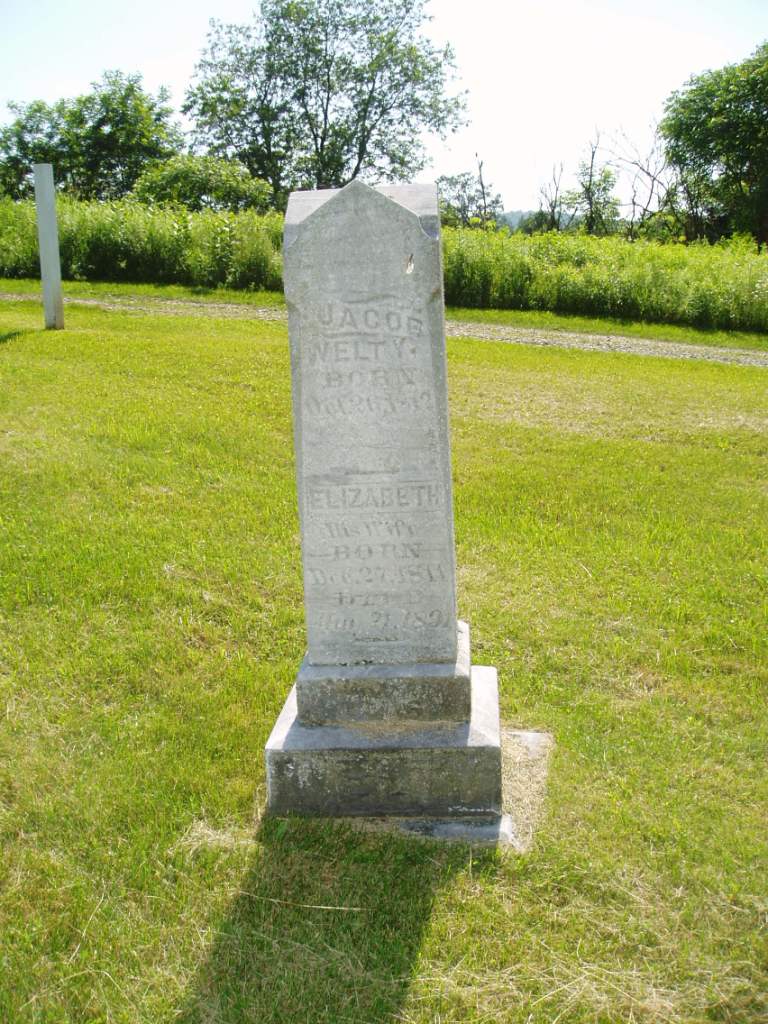 Our ward is headed to the Temple this weekend, a combination of Ward Temple Night and Youth Baptisms. I volunteered some family names for the kids to do, forgetting that the well was temporarily dry for baptisms. We’ve been doing a lot of baptizing the past several months.

I so spent some evening hours this week working to see if I could come up with some names. My mother’s side has thousands and thousands of names but over the years both my brother’s wards and my Mom’s wards and stakes have raided the stockpile – and I was fresh out of baptisms.

I have come to rely on two very important family history elements when it comes to temple work: prayer and dreams.

Since becoming so heavily involved with family history I have experienced a change in my dreams. It is such that even my wife comments on it because I guess I’m a vociferous dreamer.

I cannot and do not lay claim to any kind of spectacular or direct experiences in my dreams.

Unlike some, I have never had a dream of an ancestor I never personally knew.

I dream of my grandparents frequently and I always enjoy those dreams even if I cannot make sense of them.

Earlier this week I dreamed of my Mom’s step father, Pat Caldwell.

He and I were very close in the years before he returned home to Louisiana. This most recent dream was more about a car and in the dream this grandfather was telling me he needed a car that could hold more of his family.

Like him, I have a weakness for big cars – so there was nothing unusual about this dream.

I hadn’t really done much work on his family so when I sat down after work one night this week I felt that maybe I needed to take inventory of what was done.

After all, it’s possible. I don’t know if they have big cars in the afterlife but I’m not past using a car as a sign that he wanted family work done, you know?

I found that Mom had done quite a bit, including temple work, for his family.

As so often happens, I lost track of time in reading names, looking for holes, and seeing when and where everyone lived. It gave me yet another look into his background. But my night ended without a single name that could be baptized.

As I thought about that later as I was trying to sleep I realized that I wasn’t really organized or focused in the right way in sitting down to find names.

To be honest, the whole data mining experience of family history is not my favorite.

Finding names, aligning dates, plugging holes in timelines – it is all tedious work.

It requires a detective’s mind and a ton of patience.

That’s just not me, kids.

My love of family history comes from the actual history – the stories. I really enjoy discovering the lives of my family and telling their stories.

But I had made a commitment to supply names for the temple.

I knew there had to be some I could find before this weekend.

I realized I had omitted the most important step of all when I began my name finding experience.

I had forgotten to pray.

And then I just sat there for a minute thinking about where I should go. On my screen my tree in Family Search was laid out before me. I’ve looked at it so much and worked on it so regularly these past five or six years I’ve come to realize I have actually memorized details on all sides for several generations.

Within a few minutes I felt I should take a fresh look at the Welty family.

My mother’s mother was named Welty. I’ve spent a lot of time on that line in the past year.

They lived in the same area of southwestern New York state for generations. Many served in the Civil War. If they had one common family trait that I could pin point it would be that as adults they never stayed single long.

They married long and if a spouse died they remarried very soon. I had noticed this in several Welty names I had worked on.

They also had some unusual and even beautiful names. One name that I discovered months ago was the female name Glenora. I fell in love with that name the first time I saw it.

As a young married couple I can recall the fun Sandy and I had contemplating potential names for our babies.

We made long lists of names, both male and female. We never learned the gender of our kids before they were born and I think part of the reason why is because of the fun we would have together as we bounced names off of each other.

As a result, each of our children have names we love and spent a lot of time considering – and we’d likely never change the names we gave them.

Family played a big part in naming our kids and there is a story or a connection with each one.

But I’ve often wondered how we might have been influenced had we both been more active in family history during our baby naming years.

Glenora Welty is mentioned on only two census records from the 19th century – at least that I have found so far for her.

Her temple work is not done because we don’t have enough verifiable information of her birthdate and she just up and disappears when she was about 7 years old.

She was born in 1869, the 2nd daughter to George and Maria – and her big sister was named Emma, who was just a year older.

I did a fresh search for Glenora and came up empty.

You see, I noticed something in looking at the 1870 census – a record I had looked at previously.

In that census, when she was only 2, her name is listed as Glencora.

I never noticed that before.

Quickly I made a search for a Glencora Welty – and I came up with zip.

Nothing. Frustrated as ever.

Part of what makes it so frustrating is that George and Maria lived a good long time and we find them on the 1905 state census from New York and Emma is living there still – at the age of 38.

But Glenora or Glencora is nowhere to be found.

For whatever reason, I’ve thought for a long time that maybe she died as a child.

And I thought how horrible that would have been for them as a family.

But then I thought of the names George and Maria gave their kids. They had a son named Willis, and that’s a family name that I’ve seen a few times in the Welty line going back.

It made me wonder if the names Emma or Glenora or Glencora were in some way inspired by their families.

As I pondered that I began looking back.

George was the son of Jacob Welty, the eldest son and 3rd child of eight in this family.

George was also a Civil War veteran, being in his early 20s during the war.

I had been to this family record dozens of times over the past few years.

George and Maria married right after the war in 1864 or 1865 and I never looked for George again in Jacob’s house.

But I noticed for the first time a link to the 1870 census for Jacob and I began to wonder just how many of the Welty’s eight children were still there.

To my shock, I find on that census that George had a new little sister. She was born just before George left for the war.

Her name was Cora.

Is it possible this sister was the inspiration for naming a daughter Glencora?

But I thank little Glencora or Glenora or whatever her name really was.

Because Cora Welty was quite a find.

Cora married when she was about 20 and her name become Cora Kinney. She had two children.

Something happened to her spouse and Cora remarried a widower who was some 20 years her senior. She had two more children with this new husband.

And of course, all these children got married and had families.

Suffice it to say there are plenty of new family names headed to the temple for baptism this weekend.

And I have a mystery on my hands I just have to solve. Almost all of Glenora’s family has been to the temple – including now her Aunt Cora.

I’m sure they’re together. And I want Glenora to know – we will NOT forget her. We will find her. Her name, whatever it really is, is permanently on my brain and in my heart. 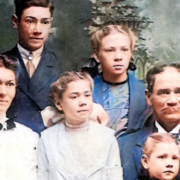