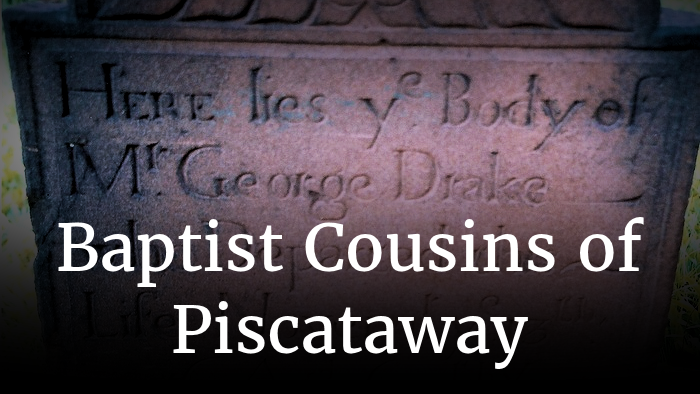 Today, the 9th of June, I received an email from FamilySearch.org reminding me that my 7th great grandfather, Jeremiah Drake I, would be celebrating his 312th birthday.

It is not often that I cannot immediately make the connection between myself and a name on our tree. But for the life of me I couldn’t remember which line the Drakes came through.

Confusing to me even more was a memory of someone telling me that we’re related to Sir Francis Drake, the famous explorer of the oceans who was knighted by Queen Elizabeth.

So I had to go look, if anything to properly celebrate the birthday of Grandpa Jeremiah. After all, he’s waited a long time, eh?

So I went to FamilySearch to look at his profile and to no surprise it is mostly empty – there is nothing there other than his June 9th birthday in 1707 and his death in 1759. He lived to be 52 years old, got married and had five kids. End of story, right?

Wrong. Catching my eye was the fact that Jeremiah was born in Piscataway, NJ. I had to laugh a little at that fact. In my present employment I manage a number of projects in New Jersey – Piscataway, Woodbridge Village, Rahway, etc. What are the odds that I would have a grandfather from there?

I began to wonder if the Drake family had anything to do with the founding of Piscataway. 312 years is a long time. Just how old is Piscataway anyway? And where did that name come from? And how am I related to Jeremiah Drake again?

I read this email from FamilySearch, by the way, at about 1 am.

Going down these paths to research a little family history is what makes for sleepless nights. Did I really want to do this?

The first thing I did was to discover our connection. I was surprised to learn it came through my Westover line.

That means all descendants of William and Ruth have Jeremiah Drake as a grandfather.

Ruth’s grandparents – David and Hannah Rowe – came from Ohio before heading west to Utah. While in Ohio, David and Hannah were strong Baptists. Hannah Rowe’s maiden name was Manning, which is quite a famous last name in the history of the Baptist church in the US. Hannah, coincidentally, was born in Piscataway.

If you research the Rowe line on the tree on FamilySearch you will see names like Manning, Dunn, Martin, Fitz Randolph and Drake all tied together by one place: Piscataway, NJ.

In my mind the next question was this: Could it be possible that family would have something to do with the founding of Piscataway, New Jersey?

Piscataway, New Jersey is one of the first 50 towns established in the British Colonies.

In 1664 King Charles II (remember him?) gave his brother James, the Duke of York, the land that would later be known as Piscataway.

The Duke later gave that land to two of his friends and one of them appointed a cousin, Philip Carteret, as governor of New Jersey.

A grant was then given by the governor to settlers in New Hampshire, who were none too pleased with how they were being treated in the Puritan community they lived in there.

One of these settlers was a man named Francis Drake – grandfather to our Jeremiah Drake.

Who was Francis Drake?

Our Francis Drake was born in 1615 in England to Robert Drake, a fairly wealthy and connected “sergemaker”.

Robert Drake was a contemporary to Sir Francis Drake’s brother, Thomas. Thomas was given the estate of Sir Francis Drake upon his death. Robert Drake is believed to be related to another Robert Drake, who was famously burned at the stake in 1556 for his religious defiance. When asked by a priest to renounce his faith Robert Drake of 1566 said, “As for your Church of Rome, I utterly deny its works and defy its power, even as I deny the devil and defy all his works”.

That passion for religion seems to be a family trait. The next several generations of Drakes were driven by their religion.

So how did Francis Drake come to America?

It appears he came to New Hampshire with his parents around 1640. They were Puritans.

His father, Robert, was a sergemaker – which is described as a kind of textile producer – who became a shop keeper in Hampton, New Hampshire, selling fabrics he brought over from England.

Robert Drake was father to many children.

It is said that two of his older sons – Nathaniel and John Drake – came ahead of Robert and his younger children, including Francis Drake. They settled in an area near Piscataqua River in New Hampshire.

Politically, this part of New Hampshire was part of the Puritan Massachusetts Bay Company even though many of the early settlers in that area were Baptists and Quakers.

Those religious differences wormed their way into families – including the Drake family. While the Puritans fled England due to religious persecution it proved as well to be a challenge to them on the other side in coming to the New World.

As such, many living in this mixed religious base of New Hampshire felt harassed by the combined forces of Puritan church and state and began looking for a way out through a new frontier.

That new frontier came from the land grant by Governor Carteret given to four men disaffected in New Hampshire.

After a falling out with his Puritan father Robert over religion, new Baptist Francis Drake followed the original four settlers of what would come to be known as Piscataway, NJ and he was granted 245 acres there.

It was there that Francis married, raised a family, became a surveyor, opened a tavern and served in local government and as captain of the local militia (thus the name Captain Francis Drake that you see on FamilySearch).

The many children of Francis and Mary Drake were all Baptists.

In fact, they were prolific Baptists. Their names are associated with nearly a dozen Baptist churches in New Jersey and the most famous descendant of Francis ended up being Reverend John Drake, who founded the Stelton Baptist Church as the First Baptist Society of Piscataway.

Not much is really known about Jeremiah – except that he was born in Piscataway, he was a Drake and he was very Baptist.

Martha appears to be a lot like Jeremiah. She was born in Piscataway, she was a Dunn, and she was very Baptist.

Martha was the fourth child of Hugh Dunn, Jr and Elizabeth Martin of Piscataway. Both the Dunns and the Martins had a big history in Piscataway long before Martha was born.

Her grandfather, also named Hugh Dunn, was famous for his piety and his singular devotion to the Baptist faith. Hugh Dunn Sr. was married to…Elizabeth Drake.

So it was destiny, I suppose, that they would remain in New Jersey and raise their family among the Baptists.

They had a daughter, whom they dutifully named Martha Drake.

This Martha Drake would grow up to marry…a Baptist minister.

Joseph Manning was the son of a Baptist preacher and grandson to James Manning, who was president of a Baptist college in Rhode Island. 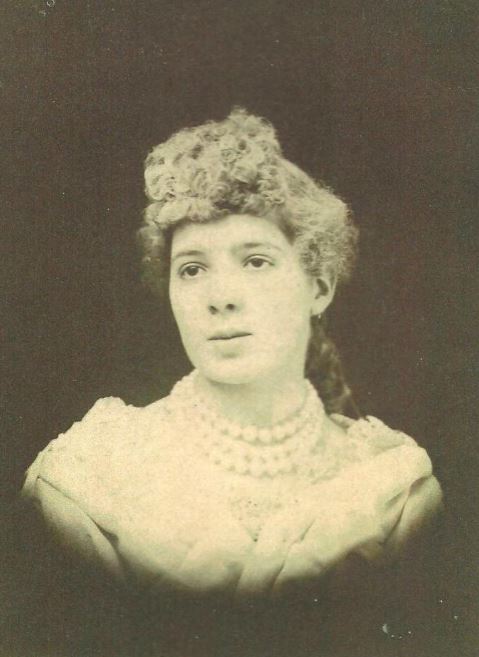 What does this late night adventure into the 312th birthday of an ancestor teach us?

It also teaches that faith stokes the fires of liberty. The Drakes, the Mannings, the Dunns, the Martins and all others associated with the broader family in New Jersey were patriots. They fought in the Revolution and they escaped the religious persecution in Old England.

Though we lack details of much of their lives we do not lack their lessons.

The War Experience of Grandpa Carl