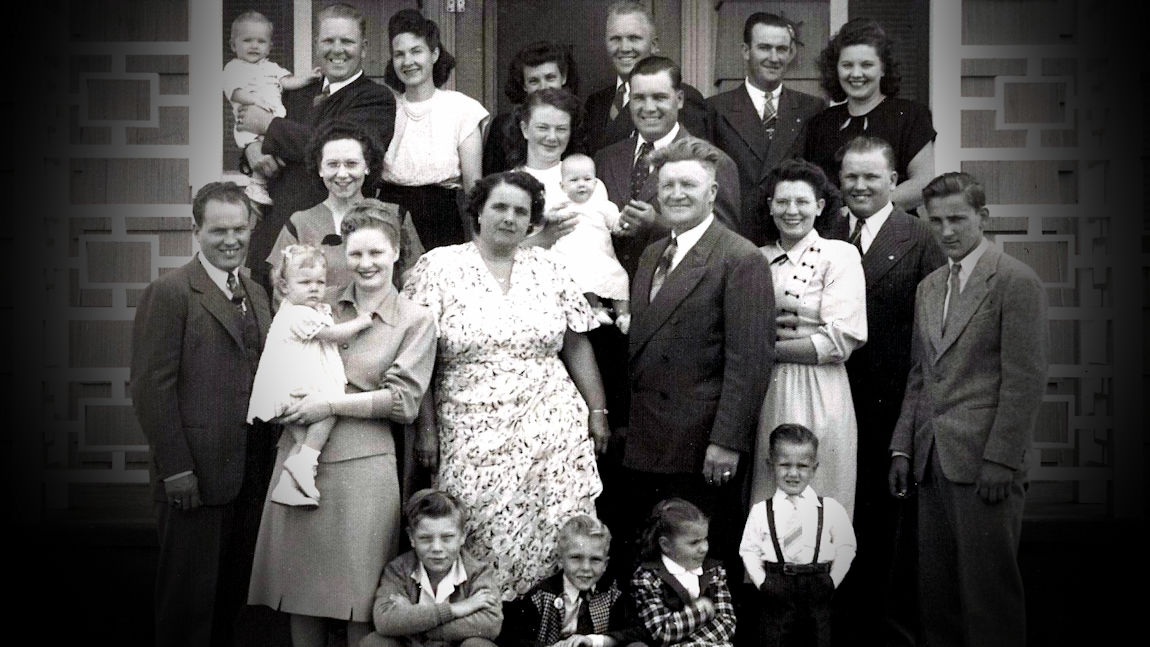 For the last few years Newspapers.com has opened their archives for free during Presidents Day weekend. I usually try to take advantage.

Take for example the photo at the top of this post. I’ve seen this picture for years. In talking to my dad, who is pictured in the center at the bottom of this photo as young man of about six or so, he can recall the day this was taken in 1948.

What he did not know and what I did not know until rifling through the archives at Newspapers.com this weekend is that this photo was in the Deseret News. (Click here to see the clipping.)

The clipping tells a little more of the story behind the picture. It was taken in April of 1948 when Arnold Westover was sustained as president of the branch of the Church in Quincy, Washington. As the headline attests, the Westover formed the Sunday School pretty much by themselves. The article then identifies everyone in the photo, making life ever convenient for us 70+ years later.

It makes what is a treasured photo even more so.

This was not the only treasure I’ve found through old newspapers this weekend.

One of the things I love about old newsprint is what they included. It wasn’t all blaring headlines and ads back in the day.

For practical and sometimes impertinent reasons – usually to fill space – seemingly boring things would be printed.

In the mid-1800s I learned it was common to print names of people who had mail waiting for them to pick up letters at the post office. In search the news for pioneer-era names I frequently found them in these simple lists.

Newspapers would also post list of the names registered at local hotels. Plus they would post news of family comings-and-goings, as if everyone in the world needed to know everyone’s business.

Thank goodness they did these things.

Found in the Richfield Reaper (how’s that for an awesome newspaper name?) is this little tidbit: 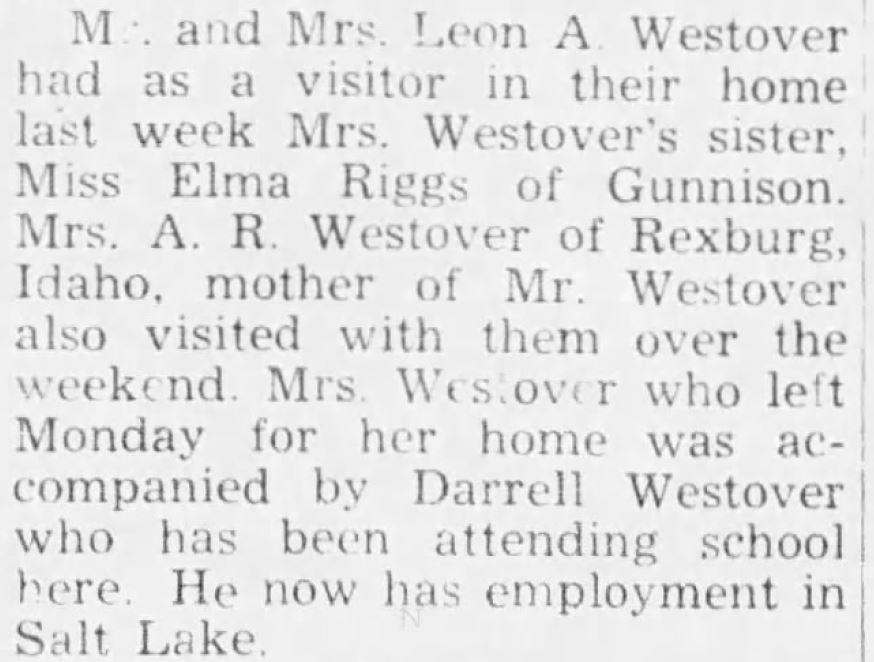 Reading that and knowing the individuals named in this visit I can practically hear the conversation they had and smell the fresh wheat rolls from Grandma’s oven. The fact that my father was born a month or so before this was published may have also had something to do with the visit, too.

My search for news clippings about the Riggs family has not yielded much. However, just a few years before what is listed above, they did publish in 1940 this news about my grandparents’ engagement: 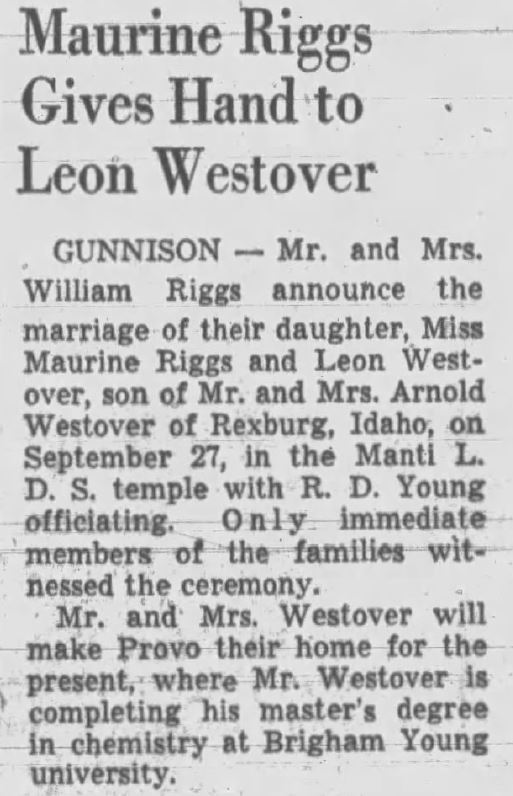 I have many more treasures to share from my searches this weekend. Most of them are small details like the ones shared above. In and of themselves they reveal nothing new. But they gives us a glimpse into the lives and goodness of those who came before in rich ways.

Thank goodness for these simple discoveries.