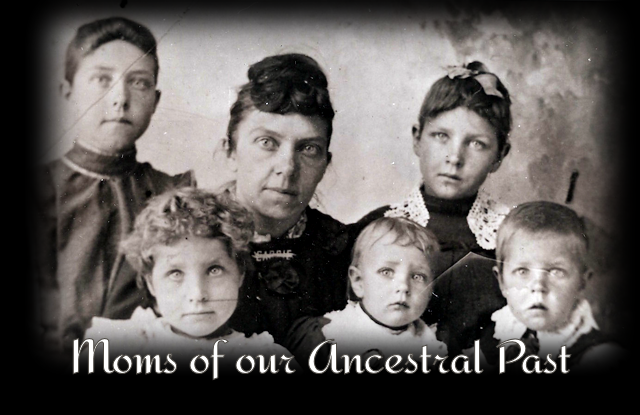 In the work of family history it is the story of the women that are always tough to find. It has been a man’s world for a long time and records for women are scarce.

Yet when you get past the raw data of names, places and dates what frequently survives are stories and those stories more often than not feature more women than men.

I think this is true because as humans we tend to remember and honor mothers first. That is to take nothing away from our fathers or other great men in our lives. But Mother naturally comes first.

Take, for example, the story of Electa Beal Westover.

Her name and her place in the family is so seared in my memory that I sometimes forget that many in the family don’t know her place or where she falls on the Westover line.

Born in 1802, she was the first Westover to join the LDS church. That conversion came a long 10 years after the death of her husband, Alexander Westover and after a decade of living apart from her children.

Can you imagine how hard that must have been upon her heart?

How hard and lonely those years must have been for her.

You can easily imagine how the hope of the gospel restored her hope for her children. They each came west with her, though there is no record of her youngest son, Oscar, ever joining the Church.

In coming west Electa vowed never to be separated from them again and for the rest of her life she spent her days living in the homes of her children.

In fact, Oscar pushed west to California and lived there in the years after the Gold Rush. When his wife there died who rushed off to help Oscar with the children?

It was Electa, of course.

Her record after joining the church clearly shows she went to the rescue time and again for her children and grandchildren.

The very same sentiments could be held for Ann Findley Westover, mother to William Westover.

Ann was Edwin’s 2nd wife and was dutifully by his side until 1869 when word reached her in southern Utah that her brother had passed away in the northern Utah community of Mendon.

With her four children Ann moved to Mendon to help her brother’s widow, Sarah, who had five children of her own.

Conditions in Mendon were not easier for Ann. One history suggests she tired of the struggle Edwin was having in southern Utah but in reality life was even a little worse for the family living in Northern Utah.

There were two family farms to run there and only Ann’s father – William Findley – remained to run them.

Young William was only 7 – and the next 15 years of his history was dedicated to helping to support the brood of Westovers and Findleys in Mendon under his mother’s direction.

A story of legend is told both in family records and in surviving journals from Mendon history about Ann Westover. In 1870 Ann gave birth to her fifth and last child, and she despaired at how to support the family she now had charge over.

While her father and her son and nephew worked the farm, she needed to get a job that would allow her to bring in much needed money. What was a woman with several small children and an infant to do?

She prayed and one night was visited by a man who knocked on her door and offered to give her a priesthood blessing. This she allowed him to do and she was told in the blessing that the Lord was satisfied with her sacrifice and would open the way for her to find a job.

A short time later she was offered a position in a local store that would allow her to bring her baby Francis to work with her as she kept shop. She felt, and others in the family agreed, the man who disappeared after giving this blessing had to be one of the three Nephites.

One of the most valuable resources in learning the more personal sides of our ancestors is the availability of patriarchal blessings recorded by who received them.

They provide insights that prove useful, if not prophetic, long after these beloved ancestors have passed, especially in the lives of our ancestor mothers and grandmothers.

My grandmother, Maurine Westover, was told in her blessing, in part: “You shall be able to obtain to obtain many names of your ancestry, some who have died hundreds of years ago. They’re watching you, waiting for you, praying for you, that you may be an instrument in the hands of the Lord. Many of them have been converted to the truthfulness of the gospel in the spirit world and when you have accomplished this labor they will rise up and call you blessed.”

That blessing was given to her in the 1930s, long before she married. Those who knew her and have read her history know she fulfilled that part of her blessing completely.
But these blessings also give us glimpses into the hearts of those we didn’t have the privilege to know.

To Ann Findley Westover, it was said: “We seal upon thee the attributes of faith, love and fidelity of heart that your path of duty may ever be in plainness before your mind, that you may have wisdom in all your counsel, to direct the steps of your offspring that they may follow your examples and precepts, that thy name may continue with them to the latest ages of posterity…”

Electa, in her blessing, was told: “…Thou has seen many afflictions and had trouble and sorrow heaped upon thy heard but thou hast obeyed the gospel with a perfect heart and hast not fainted. The Lord is well pleased with the integrity of thy heart and he hath given his angels charge concerning thee…”

Mary Ann Humble, another great mother in our family, was wife to Albert Smith, Jr.

In her blessing it was said, “And there is power and virtue in the touch of your hands to the healing of the sick and to the comforting of the down trodden and there is light and intelligence sparkling in your eyes and your sisters and your friends among whom you labor will recognize the light of the Lord in your countenance and the wicked will not be able to gaze upon your countenance for there will be rebuke therein for everything that is sinful…”

Can you imagine the kind of woman she must have been?

When I consider these great mothers of our ancestral past I recognize that within my own Mom, and my wife, and even my daughters a sacred accountability, capability, and heartfelt devotion that make them so capable and great in that most sacred role.

It humbles me to no end and I marvel at the things they do and how selflessly they do them.

May we remember and honor them all – from the distant past to the great mothers of the future among us. They do a great work.

A Trip to Minnesota