Rarely can a complete story be told of a pioneer ancestor that doesn’t come from a personal journal. But through good fortune we have been able to piece together the life Ann Findley Westover lived and present it here in a new video:

We cannot help but think that more can be learned of this beloved pioneer mother and grandmother.

Her life after about the age of 30 was stable to mostly one location. She served a high profile, central role in Westover family life and in the daily life of the community in which she lived in Mendon, Utah. She touched many lives. We think stories of Ann’s mortal journey may continue to surface.

Ann’s growing up years in Scotland we know little about, other than the Findleys were poor, working class Scots dependent upon coal mining. What we do know is that they were very close and they remained that way all their lives. Her father, William Sr., was present in Ann’s life until the late 1880s. We know precious little about him or Ann’s mother, Linzy. No known record exists detailing their life experience, thoughts or feelings.

Her experience on the pioneer trail would have been interesting to capture. She came as a teen age daughter — and she pushed a handcart in the successful Daniel D. McArthur Company, a handcart experience that gets little notice because it came in front of the Willie Handcart Company by nearly 2 months. Notes we found in Mendon Ward records in the Church History Library tease us a little bit in this regard. Many primary meetings featured Ann telling pioneer stories and we have to wonder how many of those stories were her own.

Likewise it would have been significant to know Ann’s thoughts about plural marriage. She and Edwin spent effectively just 12 years of their lives together. And though they had five children the bulk of their experience was spent in separation from each other, a fact that was common to plural wives in Utah history.

They were both devoted to the gospel of Jesus Christ and to each other. Edwin frequently made trips to Mendon, even before Ann lived there. But when he died in 1878 Ann was just 40 years old. It was not uncommon for widows of the time to remarry. Ann did not.

Instead Ann focused her efforts on serving the children of her family and of her community.

Our first real break in learning more of Ann’s personality came in finding the city of Mendon website that showcases Ann’s personal history. That history was written by a local sister who was asked to pen her memories of Ann more than a decade after she died.

She got some of the details wrong — for example, listing her as a wife to Charles Westover instead of Edwin — but we were thrilled to get the tidbits of information about Ann’s service in the Church and the community. We learned that Ann’s inclusion in city history only came after former children she served wrote to the city to remember her.

The image at the top of this post is of the Old Rock Church in Mendon, a building that Ann no doubt spent many hours in during her lifetime. It was located on the town square, kitty corner to the house that she lived in. That pioneer structure was built in the early 1860s and was torn down and replaced in 1914.

Listed below are links to various other sources we used to compile the history and some of the images used in the video: 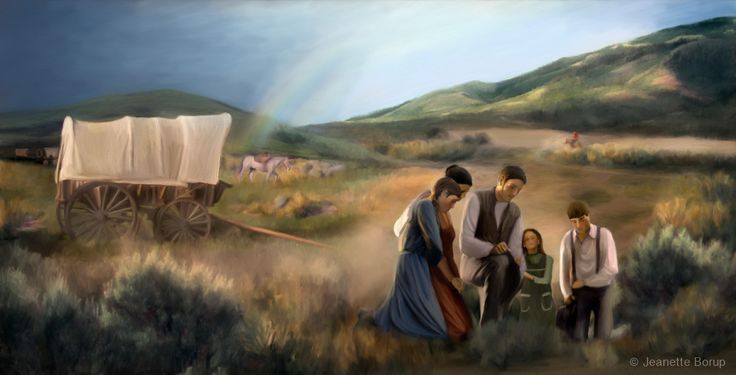 I have probably studied more about the life of Edwin Westover than I have any other of my ancestors.

For the past three years he has occupied a lot of my family history time. Truth be told, I’ve had the bulk of his story “done” for the video for some time but we wanted to release his video in the right order.

Not only did we discover “new” history but I also cleared a big hurdle.

The stumbling block is this: when you find out something negative or “bad” about an ancestor…do you talk about it?

It wasn’t the fault of Edwin or Charles or Electa or Ann or Sarah Jane that they happened to live right in the middle of where the Mountain Meadows massacre transpired or during the era of polygamy. Do we go there?

I found it a couple of months ago, researching information about Electa. I was actually researching images, trying to find whatever 19th century images that are out there and Google had me visiting all kinds of Utah historical resources I hadn’t heard of before.

Any time I get to dig into the archives of Utah State or BYU I try to be as careful as I can – there is much to be found in such places. But it was a State of Utah archive that caught my eye and it came in the publication of something called Utah Historical Quarterly.

In two different issues, one from 1999 and another from 2007 — I found the story of Edwin and the death of Thomas Fuller.

These articles are now available in our download area for your review.

I don’t mind admitting that my heart sank a bit to read of Edwin’s involvement in so terrible a tale. After all, I had come to idolize him a bit for the part he played in my trek experience.

But as I read what the articles had to say, and after reading the Hebron ward records at the LDS Church history library, I think I understand more of what I should be feeling. Edwin was human. He was guilty of nothing more.

Here are the quick facts: Thomas Fuller was a 50-year-old man working for Edwin on his ranch in Hebron.

On a winter’s night Fuller went out to check on the sheep and didn’t come back. They found him the next day. As they were preparing his body for burial they were shocked at the man’s condition: he was rail thin, his clothes were filthy and he was covered in lice from head to toe.

Two of the leading men of the settlement tended to his body, besides Edwin. In their angst over the man’s state they desired answers and after burial they demanded them from Edwin.

Edwin was clearly in shock by their inquiry.

After all, this person was a grown man. Edwin had taken him in when nobody else would have him. And here he was getting called on the carpet for the deplorable state this man was in.

As with most new details about an episode of family history the result is more questions than answers. This episode happened around 1867.

How much did this influence Ann’s departure from Edwin to go to Mendon to live with her parents (which happened a full two years later, at least)? Was Edwin disfellowshipped or excommunicated? How did this change things for his family and those living with him?

Disturbing to me as well was the inclusion of the name “Pulsipher” in this affair.

That’s a pretty big name in Church History, and I think it was Zera Pulsipher who brought the gospel to Wilford Woodruff.

But in researching things Hebron was kind of a Pulsipher family compound – Zera came to the settlement only after two of his sons led out in establishing the community.

In fact, though the records seem confused, it may have actually been John Pulsipher who took the lead in prosecuting Edwin.

I read as much about Hebron as I could. It turns out that whoever the head Pulsipher was in town it didn’t last much longer beyond the Thomas Fuller episode.

Elder Erastus Snow changed the leadership within months due to the heavy handedness of “Pulsipher” for his forcing a school teacher on the town without bothering to go through due process.

Clearly not all was well in that part of Zion and maybe that is why there is no mention of the whole thing in the written histories of Edwin Westover.

I also don’t think we will ever get to the absolute truth about the trial that was polygamy.

In Legacy of Faith, which details better the history of Charles Westover, it isn’t shy is telling the story that there were problems between his two wives.

At one point, while living in St. George, Charles set up house in Pine Valley at the same time to placate his 2nd wife, and to separate the two to reduce family tensions.

It isn’t recorded anywhere but I wonder what conditions were like for Sarah Jane and Ann – they were close to the same age (separated by about four years) but Sarah Jane was first with Edwin, that much is absolutely clear. They had been together better than 8 years before Edwin and Ann were paired together.

How did Ann respond to that? What was life like for them?

In some records it shows that Ann couldn’t take the living in Southern Utah and wanted out. But she had four children during that time span and other records indicate she only left when a crisis developed with her parents due to the death of her brother in 1869.

The letter from grandmother Electa to Ann’s son William is, I think, very telling in that it appears there were congenial feelings among the various family members.

Plural marriage, no doubt, was difficult for them all to get into and to maintain. I wonder why there isn’t more said from them in journals and diaries at the time – given the controversial nature of it all both then and now.

Another nice thing about this generation especially as members of the Church is the availability of recorded patriarchal blessings. After not finding anything on record for William and Ruth I was doubtful that they existed for Ann and Edwin. I was wrong – and the Church recently sent me what they had. I will add those to the archive soon and add another post with observations soon. 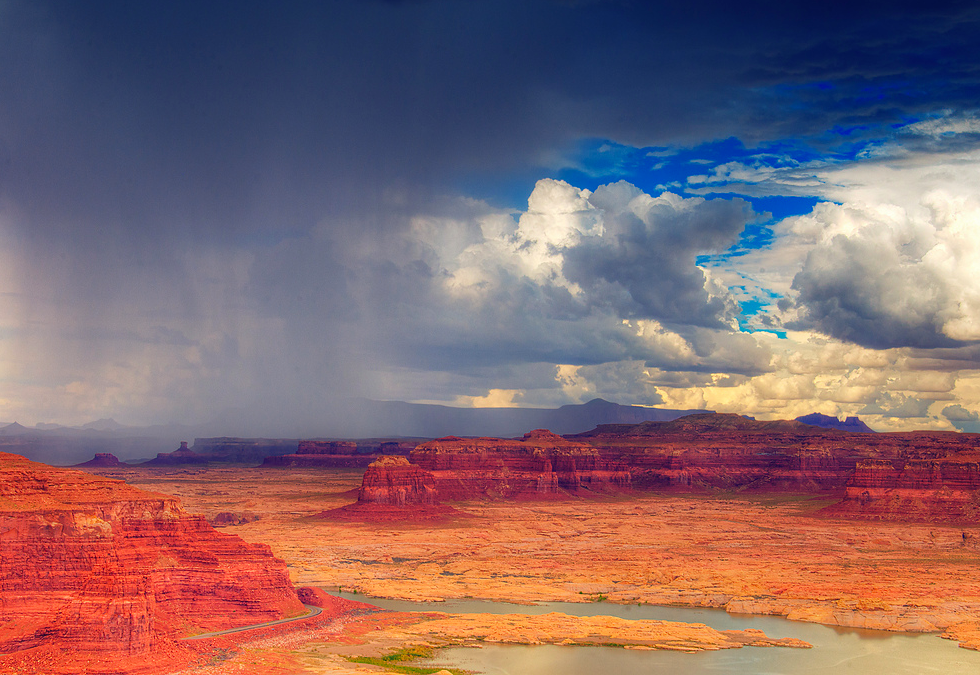 We’re pleased to present our newest family history video, this one exploring the life of Edwin Ruthven Westover, father to William Westover, and a central figure in the latter-day expansion of the Westover family in the West.

There are several documents associated with Edwin and the stories told in this video that will be posted in the next few days. For now, we want to introduce the video, which we title “A Might Work”. That is a reference to one of three patriarchal blessings given to Edwin during his lifetime.