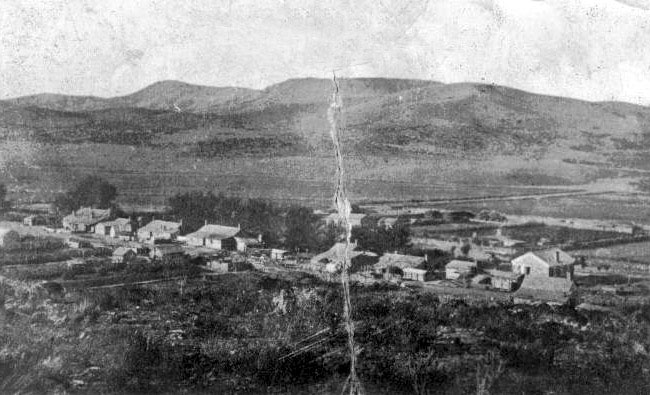 We are working on two video projects at the moment, one for Edwin R. Westover and the other for Ann Findley Westover. These two individuals are the parents of William Ruthven Westover. Their stories are important in learning what shaped the character of young William and they contain episodes during their lives that provide deep lessons for us all even today.

I’m wondering how much of the trek to include in telling their stories. Ann came over with her parents in 1856 as a member of the 2nd-ever handcart company. This was the company just before the ill-fated Willie Handcart Company, which everyone seems to know about and focus on (some of us have other ancestors who were part of that group and those stories are coming).

Edwin’s trek story is entirely different. He came with the massive body of Saints that Brigham Young directed in 1848, the year after the first much smaller group came to Utah.

In both cases the trek was merely just a few months out of years of long living for Edwin and Ann. It is important but there is so much more behind these people and their experience.

Edwin in particular has a tough story to tell. That man never had it easy. From losing his father around age ten to being sent to Utah’s Dixie — which, frankly, was no paradise — Edwin knew a physical existence unlike few others.

He did not do it alone. His wives and children experienced it too. So did his mother, Electa Beal Westover. And it seemed his brother, Charles, was never far from him either.

In fact, last week I found a newspaper article from 1881 detailing a flash flood in Pinto, Utah, where Charles was then living with several of his family members. I’ve added that newspaper article to the documents archive.

A more complete and better telling of that story is detailed in Legacy of Faith (also in the documents archive):

About the year 1881, on a warm August day, Will and his half-brother, Alberto (usually called “Bert”), were trying to figure out how to make the Sunday afternoon interesting.
Grandma Westover (Electa), who was seventy-nine years old now, was staying with Bert’s mother (Mary) and family at this time. So the two half-brothers wandered outside in
order not to disturb the grown-ups. A trail of dust stirred by their bare feet followed the boys as they strolled down toward the barn. The day was hot and muggy.

Suddenly, heavy black thunder heads began rising over the canyon to the west and north. Gusts of wind swooped down the canyon in blasts causing the boys to shield their eyes with their hands. The sun darkened and rain began pelting the ground. The air grew cold, and then there was hail, followed by lightning and thunder-bolts. The skies opened up and the rain and hail fell in blinding sheets. The boys ran inside the barn for cover. When they saw water streaming inside the barn floor, up to the hay-loft they climbed. The water inside the barn kept rising as the rain increased in intensity, driven by torrential winds. Looking out of the barn, the boys saw boards and logs from sheds float by and chickens roosting on fence posts. Then came calves followed by cows being being pushed downstream by the muddy, churning water, at times only their heads visible. Even Jim Knell’s clydesdales, still in harness, were floundering against the current. Not far behind was the wagon box with Jim clutching his two girls, floating helplessly downstream. Roof-tops, furniture, and debris of all description were at the mercy of the flood. When the boys saw the family’s wooden chum float by, they became panic-stricken.

The barn had managed to remain on its pillar-posts. Some of the boards on the low side had broken loose, allowing the flood waters to pass through unimpeded. Finally, the
rain stopped as quickly as it started. The water receded, making it possible for the boys to wade outside. It seemed that almost every house except the rock church house had
been swept away! Their homes, their neighbors’ homes, all the sheds and fences—it looked like a different world. Without hesitation, they headed for the stone church house. As they approached, they could hear voices, and then the door flung open and they ran into the arms of their loved ones. They were all safe! Tears of joys filled their eyes. Thirteen year- old Lewis threw his arms around his older brother, Will. And then from other places of refuge came others until all the members of the little community had been accounted
for. Not one soul had drowned!

“Grandma, in the house with Grandpa’s mother. Electa Beal Westover, had been busy reading from the Bible. Occasionally, she had stopped to listen to the wind and the downpour of rain. She had noticed the cracking of thunder, but remembering the terrible storms in Nauvoo, had not taken time to look out-of-doors. But suddenly a “rushing-sound” was heard and she hurried to the window to discover that flooding waters were swirling about the house, and rising rapidly. Worried now, she peered more intently into the storm. When the rain eased a bit, she could see the main
stream of the current raging down the lane just north of the house. Hardly had she become aware of the seriousness of her situation, wondering how she could get Grandma Beal, a cripple, out of the house, when the door burst open and in came two strong young men and along with them, came rushing water. They swooped the women in their arms and carried them across the street to the church-house which stood on higher ground. The water was waist deep, but the men knew they had solid footing. Within the church-house were most of the men and women of the village. Now, as they looked out of the doorway, down to where the town had stood, they could see that all they had was gone. Homes, clothing, furniture, most of their livestock, their meadows and farm-land rained. But thank-goodness, the people were safe! Even Jim Knell and his two little girls had survived; also, his fine team of Clydesdales had floundered to safety.”

Mary gives a much briefer account of the flood in her personal writings, and although Eliza and Charles were also involved in the deluge, typically, neither of them left any mention of the disaster. But the flood changed the course of their lives, nevertheless. They had lost almost everything, including their farm land. In LaRue Westover’s account of her grandfather’s (Lewis B.) history, Mary’s home was swept away and Eliza’s became filled with mud.

Another story of the flood surfaces not long before publication as recorded by Eliza’s granddaughter, Minnie Paxman Vincent, that she heard Grandma Westover (Eliza Ann) often relate:

“One of your favorite stories was the time that grandmother and my mother [Minnie Temple Westover Paxman], who was about five years old, were alone in their home during a cloud burst which almost washed the little town away. Mother remembers the flood creeping under the door, rising higher and higher. Grandmother put her on the table to keep her dry. It floated around the room and stopped by the door. By this time Grandmother had opened both doors, hoping that water running through the house would save it from the force of the flood.

Like an answer to their prayers, a young man, Joe Platt, a neighbor and friend, came wading, swimming, hanging to fences and clothes, came to their door. He took Mother and started to a wagon that had become lodged between two trees. Grandmother watching anxiously, saw him stumble and fall, both heads disappearing beneath the black water, but he straggled up again and carried Mother to the wagon, returning to take Grandmother to safety. It was only after the water subsided that they discovered that when he had fallen he had almost severed his foot by stepping on
an ax that had become embedded upright in the sand left by the flood.”

I love these different versions of one big event from our family past. Details aside, it paints a more complete picture of family. And it creates questions in my mind. For example, the description of Electa as a cripple is curious to me. When did that happen? Did she have a stroke? Or was it an accident that had disabled her? I had believed she was active as a temple worker until she died. Was she indeed able to work in the St. George Temple until 1889?

More importantly, this story shows just how often families working in southern Utah had to start over and over again. Conditions were harsh. By the time of this event it was 1881 and Charles and his family had already been in the Cotton Mission for almost 20 years.

Edwin’s history shows he moved no less than five times — and maybe more — by the time he arrived in the Cotton Mission in 1862. It seems that each new place led to overwhelming new challenges.

Edwin, of course, was not alive by the of the 1881 flood in Pinto. In fact, because he died in 1878 that was how Electa had ended up living with Charles and his families. Charles, very much like Edwin, has a history of starting over again and again in Southern Utah.

(The picture above is Pinto Utah from about 1875. Charles Westover had moved there in 1868).

Nobody Can Do YOUR Family History