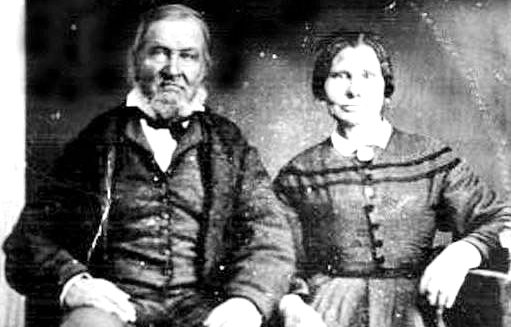 Added to the document area of the site is a PDF version of the life history of Gardner Snow, titled Valiant in the Faith.

What makes this history different is that it reads like a novel. It is incredibly detailed and I’m sure it represents the work of many people.

This is not the kind of history you will find on FamilySearch. This is an old-style compiled history that was published once-upon-a-time in book form and donated to various libraries. Somewhere along the line that book was digitized in the form that we offer here. It is a huge file but a worthy read even for people not directly descended from the Snow line. It is an example of yet another type of family history resource that can be mined out there and an excellent model to follow in compiling family history.

Gardner Snow’s history is not only important to his family but to any member of the Church of Jesus Christ of Latter-day Saints who wants an eye-witness telling of much of the early history of the Church. 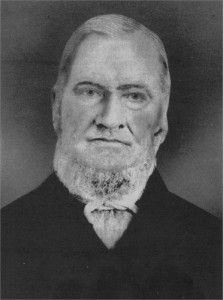 Gardner was not the first Snow to join the Church and there are many of his extended family who joined the Church and proved influential in Church affairs, the most notable being the Apostle Erastus Snow, a cousin, who would be so closely associated with the Westover Family. Gardner and his wife and children were baptized in 1833. His history details his ordination to various offices in the priesthood and covers a parallel ground to Church history in his travels — from New Hampshire to Kirtland to Missouri then to Nauvoo and then to the West, to Utah.

Mob violence took a young child from Gardner and Sarah from their time in Missouri. He was later ordained a Bishop by Hyrum Smith and took out his endowments in the Nauvoo Temple. The Snows came to Utah in 1850 and settled — or were called to — Manti, where he prospered by serving as a County Commissioner, a member of the stake high council and later as a Patriarch.

Included in this volume are the various histories of some of the descendants of Gardner Snow, including James Chauncey Snow and his wives, including our Jane Cecilia Roberts Snow. James’ early church experience is also worthy of note. He was called as a missionary at the age of 17 and he found much success in New England as he served at various times and places. in fact, he would go on to serve in many important church callings over the course of his long life such as member of the Third Quorum of Seventy, high councilor, clerk of the conference, a member of the Nauvoo Legion and, later in life after moving to Utah, as a Stake President.

I could go on — there are histories aplenty in this volume, including those of Joseph Homer Snow, Jane Roberts Snow, and Grandma Muriel Snow.

Family Witnesses of the Transfiguration of Brigham Young
0 replies

Your Ticket to Rootstech