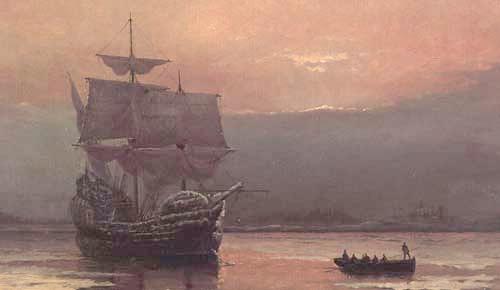 In studying ancestors of our family past I have made it a practice to also take in as much history of their environment as I can. Knowing local histories not only provides clues on where to find additional family members but they go far to explain why folks moved around like they did and even why they made some decisions.

For a select few, the events surrounding them lead to what I call “epic” lives.

A family member with an epic life is not better or worse than anyone else. What make their lives epic were the choices they faced and the consequences of those choices on the history of future generations. Often these histories could be thought of as making great movies because their stories are so compelling.

Three such individuals with epic lives in my family past come immediately to mind – my Grandpa Carl (my mother’s father) who died at age 26 in World War II; Mother Electa Beal Westover, the first Westover to join the Church; and Jonas Westover, the 11-year old son of Gabriel who crossed the Atlantic and established the Westover family in America.

In researching Jonas’ history it is clear confusion reigns surrounding names and dates – and it has for decades, if you read much of what history others have compiled over time.

The Westovers were known (and still are, to some degree) for naming their sons “John”. A series of eight successive generations of Westovers in England are all named John Westover. So too does Jonah or Jonas appear to be a popular family name.

Given that written records from the time are rare, and that histories compiled over the course of 400 years have varied based upon available records at the time, it is easy to see how things can become confused and stories ultimately lost or distorted.

But sometimes the sorting out of old and new records, coupled with a little known history of local circumstances, causes a story to come together in a breathtaking way and that appears to be the case with our Jonas Westover.

Jonas came to America because his family was facing incredible uncertainty in England. Jonas would come to be part of what is known as the “Great Migration”, the outflow of pilgrims and puritans from England prior to the English Civil War.

His father, Gabriel, was born just before Charles I, who would come to power just as Gabriel married and started a family.

King Charles I was born a sickly child and was not expected to live. Charles’ popular older brother Henry, whom he adored, died in 1612 leaving Charles as heir, and in 1625 he became king.

By 1625 Gabriel Westover was 33 years old and had been married about seven years and already had several children. He was a husbandman – an old English term for married farmer – so he wasn’t rich or highly influential. But he was no slouch either. As a husbandman he would be a proven producer with fields, herds and plenty of means to support his family. Gabriel was exactly the type of man who would be most affected by the nefarious activities of a tyrant king such as King Charles I.

Kings were free to rule however they wanted but if they desired money for their activities they needed Parliament to impose taxes and raise revenue for the Crown.

Charles believed he ruled by divine right and he openly clashed with Parliament over money and policies. One such policy was the imposition of what was called “shippe money”, a tax on ports that was levied in places that were located inland, such as Bridgewater, Wedmore and Taunton, where the Westover family resided.

Over time Charles separated himself from Parliament, imposing unpopular and illegal taxes to fund foreign wars (which many considered illegal as well).

The King could dismiss Parliament at any time and this Charles did for a period of about 11 years – a period of time where his exploits became legendary. Charles had married a Roman Catholic and he favored High Anglican forms of worship, which ran contrary to his subjects who by this time had their own Bibles in English to read. He was particularly egregious in his treatment of Puritans and was known for cutting off their ears and noses for opposing him.

The Westovers were Puritans living in the middle of most of the action against the Crown, led by Oliver Cromwell. Cromwell understood that successful revolutions were always fought by farmers so he gathered a thousand hand-picked Puritans – farmers and herdsmen – who were used to the open fields.

It is not known if any of the Westovers actually went to battle but it was clear that Gabriel was numbered among the many who wanted out.

Over a period of nearly two decades Puritans and Pilgrims alike were organizing for the colonization of the New World by staging groups who had temporarily found refuge in Holland, where they could practice their form of worship thanks to lenient Dutch laws. The Gabriel Westover family evidently spent some time there and sent daughter Jane first to the New World while residing there.

A book titled “A Catalogue of the Names of the Early Puritan Settlers of the Colony of Connecticut” by Royal Ralph Hinman published in 1852 provides some biographical information about a man named William Burrall. It contains the following information about the Westovers:

“…Jonah Westover, who at the age of eleven years, was brought from Taunton Dean, in Somersetshire, in England, at the time the army of Charles I gained ground of the Parliament’s army under General Fairfax. At this time the Westover family were on the Parliament side, and would all have come to New England when Jonah was sent over, but could not procure a passage; and before a passage could be procured, the fortune of war turned in favor of the parliament army, and the family finally remained in England…”

This telling biography adds some context to the confusion of some dates associated with Jonas’ age and the time of his travel to America.

Given what we know of Fairfax and his victorious battles in and around Taunton against royalist forces and that Jonas was confirmed to be residing in Windsor, Connecticut in 1648 we can be fairly certain his birthday around the year 1628 is accurate.

If it is, Jonas came over around the year 1639 – well within the range of the battles and atrocities surrounding Taunton as associated with Fairfax.

(Some histories written in the late 20th century state that Jonas was 14 or even 19 when he came to Windsor – not the 11 years of age we’re sticking with. The 1628 birthdate mixes well with an 1839-ish date of immigration and meshes against the future events in Jonas’ life).

In another published family history (Coombs Family History, 2013) related to Jane Westover, Jonas’ older sister, it supposes that Jane and Jonas came to America together because it states Gabriel died in 1637. However, other histories indicate that Gabriel lived until 1870 and died and was buried in Somerset.

While Gabriel’s location likely has everything to do with the story of when his children came over it really does not matter, in the end, when and where he died. It does not change the stark realities of colonial settler life that faced both of his children.

Jane married William Williams around the year 1647 in Windsor and lived a long life, bearing nine children. Jonas was indentured in 1648 – effectively alone and in apprentice – just as he entered his adult years.

It is important to note the conditions Jonas faced as he set about to build his adult life. Records show that Jonas became a freeman in 1654. A “freeman” was a title earned only after a certain amount of time as an indentured servant.

To become a freeman one had to pass through a period of observation under Puritan laws to see if they could live with the ideals of the colony. They were not forced to work but their movements were watched and if they did not measure up they were asked to leave the colony. Upon passing whatever the test period of time and if they were free of debt they would take an oath to defend the colony and be declared “freeman”.

While we cannot say for sure who sponsored young Jonas or to whom he was indentured it sure seems coincidental that his future father-in-law, Edward Griswold, came to Windsor around the same time that Jonas arrived in 1839. For the next 30 years, at least, their life paths seemed to intersect at key points in the history of Simsbury, and later, Killingworth, Connecticut.

Edward Griswold, who we will profile separately later because he is our ancestor, was a powerfully influential individual in early Massachusetts Colony history. He always played a prominent part in local politics and church life.

She (Hannah Griswold) was born in 1642, and thus was considerably younger than Jonas. By the time they married in 1663 Jonas had already become a property owner in Windsor. When Edward Griswold was put on the committee to secure lands from the Indians for the settlement of Killingworth Jonas was given a parcel and is listed with Edward and a brother-in-law as original settlers (they all lived next to each other).

Jonas and family moved Simsbury in 1675, likely due to the rebuilding of that community following a brief skirmish with local native tribes that saw the original town of Simsbury burned to the ground. There Jonas would settle for the rest of his life, building a prosperous homestead that provided for his children and grandchildren for decades and helping to lend the Westover name to local area landmarks and institutions that are still part of the Simsbury community today.

Jonas was active in his church life. Records from Simsbury, Windsor and Killingworth show his activity steadily throughout his life. Religion dominated colonial life as much if not more so than it did in England and, like his in-law family, Jonas appears to have had to choose more than once which direction he would take with Church reforms as time advanced.

Jonas lived to be nearly 80 years old by the time he died – extraordinary for the times and in sharp contrast to his father and grandfather.

What he accomplished in his life was the building of a family unit that would call New England home for more than a century and whose names and religious nature would be passed down for generations.

Jonas was sent to America to escape tyranny and religious prosecution and the life of Jonas Westover was a testament to Gabriel’s foresight in that.

While the Westover family continued on in England with some tradition and acclaim it blossomed in the New World and from Jonas expanded north into Canada, south into Pennsylvania, West Virginia and Missouri and later it followed the development of the American frontier as it pushed west in the 19th century.

Jonas is the patriarch to all these families – and lived an epic life that continues to bear fruit.

Family Witnesses of the Transfiguration of Brigham Young

Who are the storytellers?
0 replies