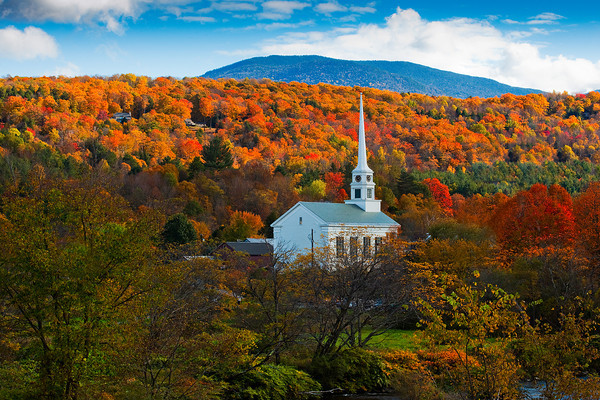 Both the Westovers and Smiths have great histories. You will learn a lot more about the Smiths in an upcoming video about another Utah pioneer named Albert Smith, of Manti, Utah.

But for now I want to focus on his great grandfather, a man with one of the great names in the family, Chileab Smith.

Albert’s history speaks of his Ashfield, Massachusetts roots and the strong religious history of the family in the Baptist faith.

Chileab was the man in Ashfield, hugely influential and a founder of the Baptist church there.

When he died at the age of 93 in the year 1800 he had at that time 145 living descendants – eleven of them were Baptist ministers and ten others had married ministers – at least when they stopped counting in the 1850s.

(Just one, our Albert Smith, was once a resident of Nauvoo, a member of the Mormon Battalion, and a temple pioneer. What a rebel).

Anyway, I was reading this morning yet another history of Sheffield, Massachusetts — looking for a little new information about our Revolutionary war generations of that area.

But in reading again of the founding of Sheffield – and the contributions there made by Jonathan, Nathaniel, Jonah and John Westover – I can across the name of another area settler in the 1730s.

His name was Chileab Smith.

Could it actually be possible that the grandfathers of Arnold Westover and Mary Ann Smith were actually neighbors in settling Sheffield, Massachusetts? Could they have possibly known each other?

The answers: yes and yes.

Chileab Smith and John Westover sat on a town council together, it turns out.

Where have we seen that name Moody before? Well…Moody was the maiden name of Electa Beal Westover’s mother.

(You following all this?)

So…is it possible that Chileab’s wife is related to Arnold Westover’s great-great-grandmother?

I haven’t solved this one yet. Sorting through all the Sarah Moody’s in New England of the 18th century is like trying to find a Wong in a Chinese phone book.

But nothing shocks me anymore.

This is a good genealogical mystery to solve. It all hinges on who the parents of Daniel Moody are.

Who is Daniel Moody?

Daniel and Rebeckah Moody were parents to Rebecca Moody, who married Obadiah Beal. Electa was their sixth child.

Oh…if you’re still following along with this…here’s another mystery to solve:

Obadiah Beal was born in Ipswich, Massachusetts (say that fast) but moved at some point to northern Vermont, not far from the Canadian border.

It was there, I believe, that the Beals and the Amos Westover family came to know each other. This was around the year 1800. Alexander was born in 1798 – likely in Canada – and Electa was born in 1802 in Bristol, Vermont (not far away).

Curiously, the Beals and the Westovers somehow both next appear near each other in Ohio – in about 1810 or so.

Alexander and Electa would marry in 1823. In Ohio.

Electa had several older siblings, including a big brother named…Daniel. His full name was Daniel Moody Beal. (Named after guess who?)

Just to add to your confusion…big brother Daniel married a girl named Olive Westover. Who was Olive? She was Alexander’s little sister.

How about this one: Amos Westover – Alexander’s Dad – married Ruth Loomis.

Her parents were Timothy Loomis and Mary Morton.

Where have we seen that name Morton before?

It’s a wonder any of us were not born with six heads.

(By the way, if you want to dig into the early history of Sheffield to see the link between Chileab and John, click here). It is “Western Massachusetts, a History 1636-1925” Volume II, published in 1926.