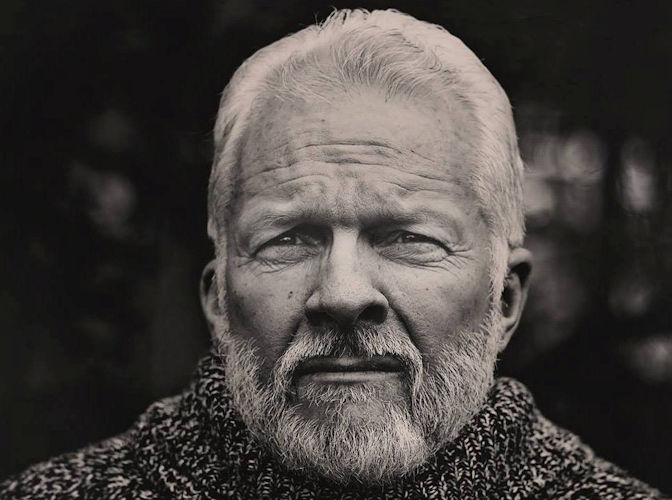 Facial hair is not prolific in our family lines.

It may be all the missionaries and school teachers we have had over the years or perhaps it just that the manly art of beards and mustaches just isn’t in our gene pool.

But on a recent perusal of the gallery feature at FamilySearch.org I began to notice not only that we DO have some beards we actually have some EPIC beards — you know, hall of fame stuff — when it comes to facial hair.

Take, for example, this very modern-looking beard from William Rowe: 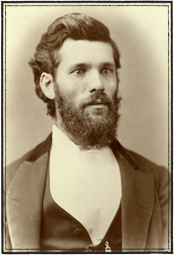 William is the father of Ruth Althea Rowe. He was a member of the Mormon Battalion as well as one of the founding fathers of the town of Mendon, Utah. He had a huge influence on William Westover and it appears he kept his beard for the majority of his adult life. It is not known when this photo was taken but I suspect it dates from about the 1860s.

So many of these pictures feature older men with beards. Not this one. Here is Uncle Loris, from about 1943, with a young man’s beard for sure. He is in uniform here so I think there is a story to this image and this beard that maybe someone out there knows: 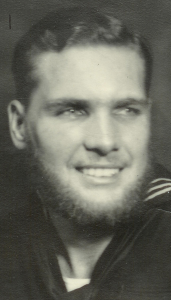 The first of the Riggs family to join the Church was William Sears Riggs. He too sported a beard most of his adult life but this later-in-life image is my favorite his epic beard: 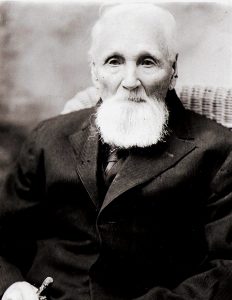 He was one of many who headed west for the gold fields in California, but he came west with an LDS wagon train in 1850. He was convinced to wait the winter months out in Utah before pressing on to the gold mines. He ended up staying, joining the Church and raising a family in Utah.

His story isn’t quite as dramatic as the story of Samuel Barnhurst (told in this post). Here is Samuel and his fine beard from about 1870: 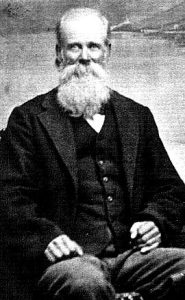 Samuel, of course, is father of Priscilla Barnhurst, who is the mother of the man sporting this more subtle beard: 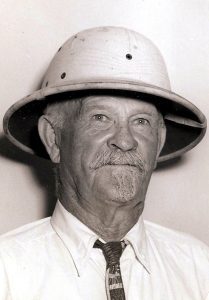 This is my great-grandpa Riggs and I know many who just love this picture of him. The hat always gets the first comment but honestly the mustache and the soul-patch on his chin just complete the look altogether. This is one of those pictures I would love to know the story behind. When was it taken, what’s up with that hat and why didn’t he keep the trendy facial hair?

Next up and sporting the under-the-chin beard variety is the very famous, Horace Roberts: 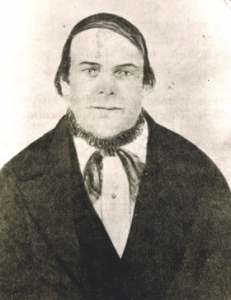 Horace Roberts learned the art of pottery and dish making from his father — in Illinois. When he joined the Church he was asked by the Prophet Joseph to open a pottery shop in Nauvoo, and he did. Later Brigham asked him to do the same in Provo. Due to his craft he was a very well known individual. He was also father to Jane Cecelia Roberts, who was a wife to this guy: 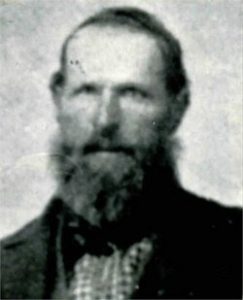 James Chauncey Snow was a son of Garner Snow, who you’ve read about here on WFH, who joined the Church in 1833. James would have a prolific career in the Church, serving as a missionary and later in several leadership positions. He was also involved in local and state politics. When he died he was buried in Manti, which just happens to be the home of this man: 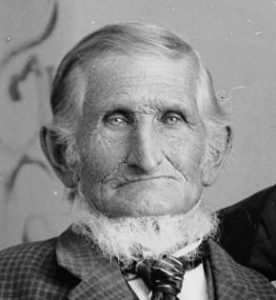 Rockin’ the Amish style beard is Albert Smith, whose story will be told soon in an upcoming video. Albert too was a member of the Mormon Battalion and later a founder of the city of Manti, where he spent the remainder of his life. He was there so long and was so beloved in that community that for decades it seemed “Father Smith” spoke at every civic 4th of July and Pioneer Day celebration in Manti.

Rounding out our review of epic beards is a turn to the 21st century and my cousin, Kim Westover. 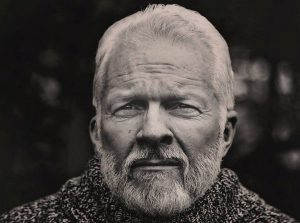 This epic shot of this iconic beard reminds many of Hemingway and while I get that what I really see is a man with profound love for family and heritage. He knows well all the men above, as well as many others, and leads the family not only with occasional facial hair but in a unifying spirit, a great disposition, and a generous nature.

I hope I haven’t left anyone out. If you have any other great beards from our family past to share, please send them in!