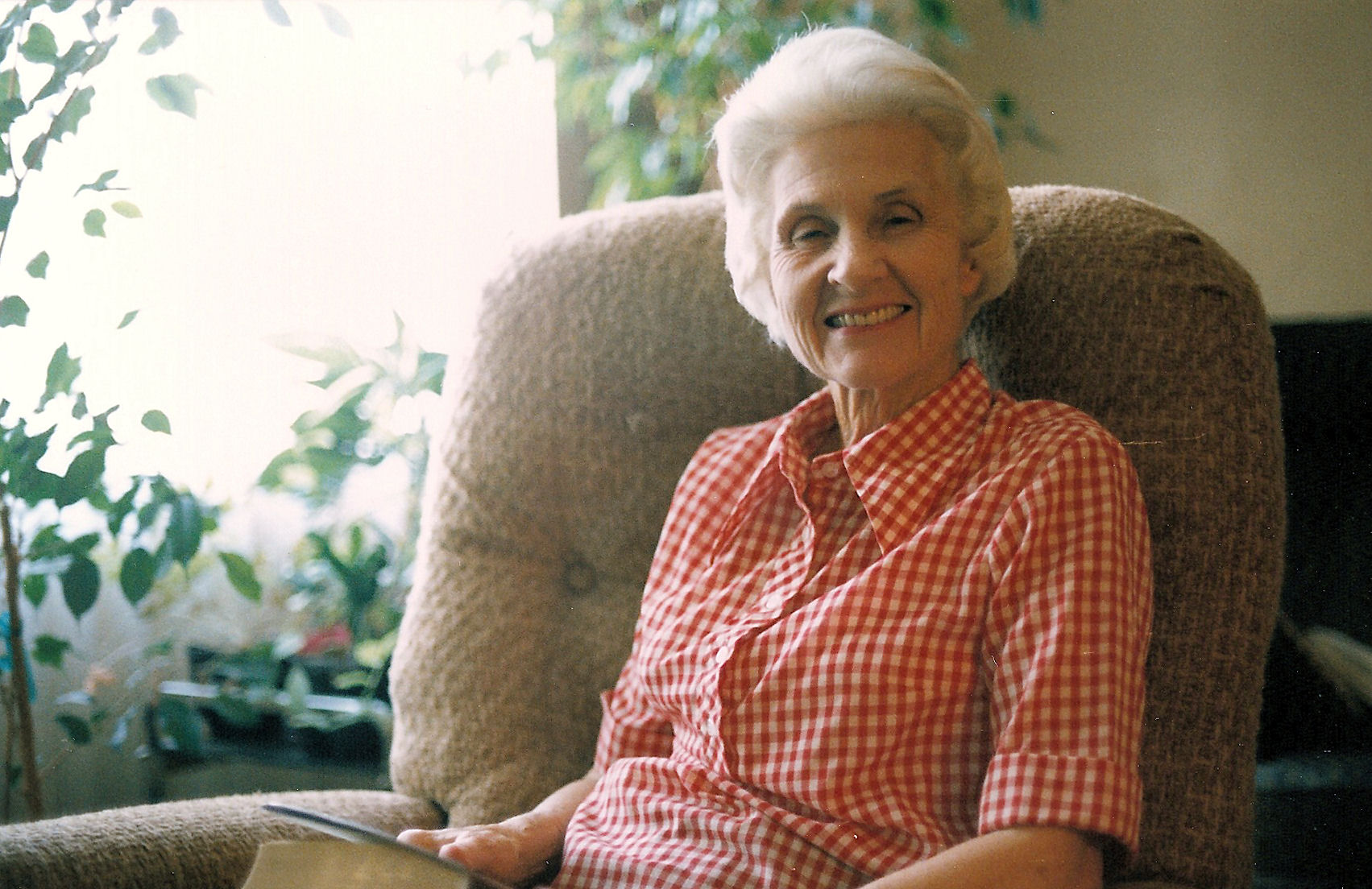 For the past several months I have watched my father go to work on his mother’s history. My Grandma, Maurine Westover, was a shining example of one devoted to the work of genealogical research, temple work and family history.

In the early 1980s while serving as a missionary with Grandpa at the Martin Harris Farm Grandma took to writing her own story — more than 12,000 words of text telling of her life from 1916 forward. It is wonderful.

A few short years later she was diagnosed with a terminal disease and my Dad, who had the means of broadcast-quality television recording equipment through his work, asked Grandma if she wouldn’t video tape her memories even though she had already made the effort to write them down.

Not only did she agree but she embraced the idea wholeheartedly. For several hours over a period of a couple of years she sat in a recliner and just talked — answering questions to individuals unseen on the screen.

Those recordings have for the most part remained under wraps. I believe my Dad had them digitally transferred and gave them as a whole as Christmas gifts a few years back to a few individuals. But until now there has not been a wholesale method to share them or to place them in context with her other records.

When Dad began the process of working on her history his first effort was to populate the history with images Grandma and Grandpa had taken and collected over the course of their lives. Most of these images were digitized at a family gathering at Keith’s house in Atlanta in 2009 — hundreds and hundreds of images we all worked to salvage.

As Dad dropped in the pictures he added a couple more elements — here and there his own comments have been added to Grandma’s manuscript. He also asked Aunt Evie to help him remember the layout of early homes and properties and together they added drawings to accompany the story Grandma was telling.

These efforts changed the record considerably. Grandma’s 12,000 words now spanned more than 150 pages in Microsoft Word and yielded files so massive they crashed the computer time and again.

Dad and I started to talk about the project and how to get it into the hands of the rest of the family — including the video. The only way that really works is by way of this website.

So slowly, page by page, we are editing and adding the video Grandma sat for nearly 30 years ago — and posting it all here. Over the course of the past several days we have extracted more than 40 video segments that go with Grandma’s manuscript.

As we look at it now it is a stunning record. And it is all her.

While the written manuscript tells her story the pictures and the video make it come alive. You can see her smile, laugh, and with great energy tell the story of her life and the people in it. It is like she is here again. You get a feel for her personality and for what was important to her.

These videos have the added gift of having Grandpa jump in here and there. He changes the tone by not only adding his perspective but by being himself — and the dynamics of their relationship emerges. Aunt Aldyth makes an appearance in a segment remembering Christmas as children. Frequent she and Dad are heard off screen making comments or asking questions. Because of this it gives the video in places the feel of a visit to my grandparents’ living room.

I can recall being present when some of these videos were recorded.

They were made at a time when I had regular contact and frequent visits with my grandparents. But it has been almost 30 years since I have heard their voices or felt their presence or heard them laugh. Seeing these videos brings them back.

Of course, instead of seeing them as a 20-something young man I’m now in my 50’s and have the life experience lens to seem them through now — and what a revelation it is!

Seeing Grandpa in his rumpled shirt — which may or may not be buttoned correctly — while at the same time seeing him in tears talk about giving a ring to Grandma during their courtship brings a delicate combination of emotions to me.

How simple it all is and yet how precious a record to have so that my wife and children can get to know these wonderful people who just happen to be my grandparents and theirs, too.

As of this writing I’ve only posted through their meeting and courtship – less than half of what Grandma originally wrote in her manuscript. But I feel a need to highlight it now. For as long as it is taking to edit the videos and put this all together it will take others out there a while to catch up to me.

But I want you to see it.

This is how telling your own story is done. In our modern age in technology there is no reason why each of us can’t leave behind a comprehensive record that uses text, images and videos in telling our story. Grandma here is showing us the way — as was her way with lots of things.

To see this you’ll need to log-in and go to her profile page. The links to her record are beneath the pictures.

Profound Lessons from Cleaning Out the Garage