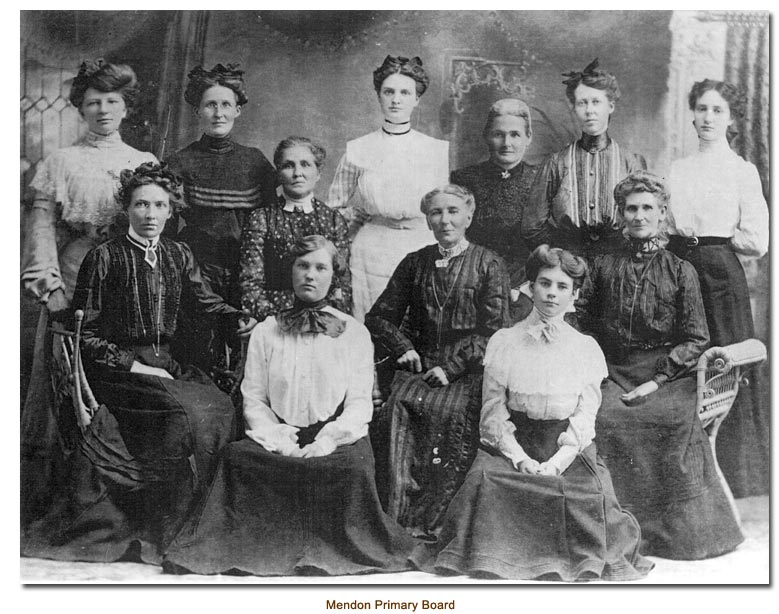 Today we uploaded the full life sketch of Ann Findley Westover, the plural wife of Edwin Westover who lived the majority of her life near where I reside now in Cache Valley, Utah. She is known to most of our family as the mother of William Ruthven Westover. Hers is a must-read story and logged in site members can read it here.

Ann served as Primary President in the little town of Mendon for 37 years and gratefully the city of Mendon has a great city website that shares some more detailed information about Ann, including the outstanding photo above.

As I first researched her life several years ago I came across a family history website called “Hunt Stories” that had Ann as one of their ancestors. Sadly, that site is no longer online. Archived in her profile there was much of the same information we share but it included a story about Ann receiving a blessing shortly after she moved to Mendon after her brother’s death.

Picture it: Ann and Edwin married in 1857. Between that date and when her brother William died in 1869 Ann had five babies, the youngest of which she was carrying when her parents came to St. George to take her home for William’s funeral. These were not only lean years for Edwin and his families (which included his other wife Sarah and her children and also his mother, Electa) — they were years of a lot of transitions, settling and re-settling different areas of Southern Utah as Edwin was called to serve as a farmer, rancher and builder in Mountain Meadows, Hamblin, St. George and other areas. They moved around A LOT. Under those conditions Ann had her children, finally leaving with her parents to Mendon in 1869 with Emma Jane at age 11, William age 7, Mary Ellen age 4, and John Henry just 2. Baby Francis would be born in Mendon.

Conditions in Mendon at the time were not much easier. Yes, her parents had a home there but her parents were getting on in years (in their 60s) and Ann could see they would need help, especially now that William, Jr. was gone. William’s widow Sarah was also in great need with six surviving children of her own and, like Ann’s family, they were all very young. Ann decided to stay after Francis was born, even though it would be just as much a struggle in Mendon as it would prove to be with Edwin in Southern Utah. It could not have been an easy decision.

Ann and Sarah’s combined children totaled 11 — and her William, as the oldest boy — would be raised to be the man of the house especially with the passing of Sarah’s oldest son James in 1871.

But for Ann it was bound to be a continuation of what proved to be a difficult adult life for her. Seeking answers she prayed and one day a total stranger came to her door. He wanted to give her a priesthood blessing. He told her that she had suffered from want and poverty enough and that she would be provided for soon and that there would be plenty. Soon she was offered a job in a local store in Mendon, which allowed her to take baby Francis to work with her and provide for herself and her children. It was believed by that family that the mysterious visitor who gave the blessing was one of the Three Nephites.

Ann did overcome. The City of Mendon speaks fondly and highly of her more than a century after her service in the ward and community there. And no doubt her experience shaped the life of her son William, soon to be profiled here on Westover Family History.